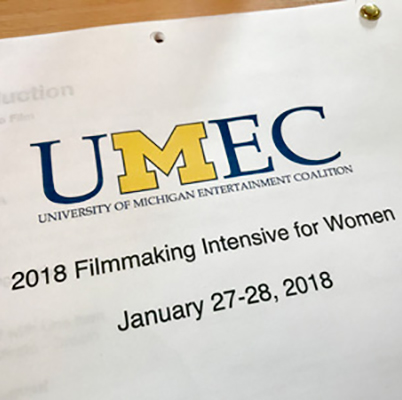 Over a weekend in January, SMTD alumnae gathered to hone their filmmaking skills.

Last fall, two SMTD theatre alumnae met for coffee in Los Angeles, where both live, to discuss the ins and outs of filmmaking. The get together hadn’t been planned for the purpose of developing a workshop for women filmmakers, but that’s what emerged.

Filmmaker Chelsea O’Connor (BFA ’06, theatre) and April Moreau (BFA ’12, theatre), an actress, writer, editor, and director, are both members of the University of Michigan Entertainment Coalition (UMEC), a group of U-M alumni working in the entertainment industry. Their coffee date was an opportunity for Moreau to glean some pointers from O’Connor.

“Since finishing my short film Susie Sunshine (2016), a handful of budding filmmakers have been inviting me out to pick my brain on the filmmaking process,” said O’Connor. “I would overwhelm them by trying to teach them everything I learned over coffee! Luckily, my last coffee date was with April, who decided it would be much easier if I just taught people what I knew in a classroom setting.” 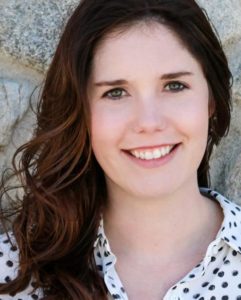 The result was the two-day Filmmaking Intensive for Women, hosted by UMEC and taught by O’Connor, which took place in January.

“This is a pivotal moment for women in the entertainment industry,” said Moreau. “It felt like the right time for UMEC to do our part in supporting female filmmakers.”

Moreau and O’Connor have been friends since they met in 2012. “I’ve followed the evolution of Chelsea’s career,” said Moreau, co-president of UMEC. “I’ve always admired her work and fearless attitude.”

A native of Bay City, Michigan, O’Connor was the recipient of the Panavision New Filmmaker Grant in 2015 for Susie Sunshine, a short science fiction film. She is currently developing Shine, an original TV series based on the short. Her producing work also includes Chatsworth, a short film written and directed by La Monte Edwards, and Duck World, a 16-episode web series written and directed by Alex Grybauskas. O’Connor is a member of Women In Film, the advocacy organization that works to advance the careers of women working in the industry 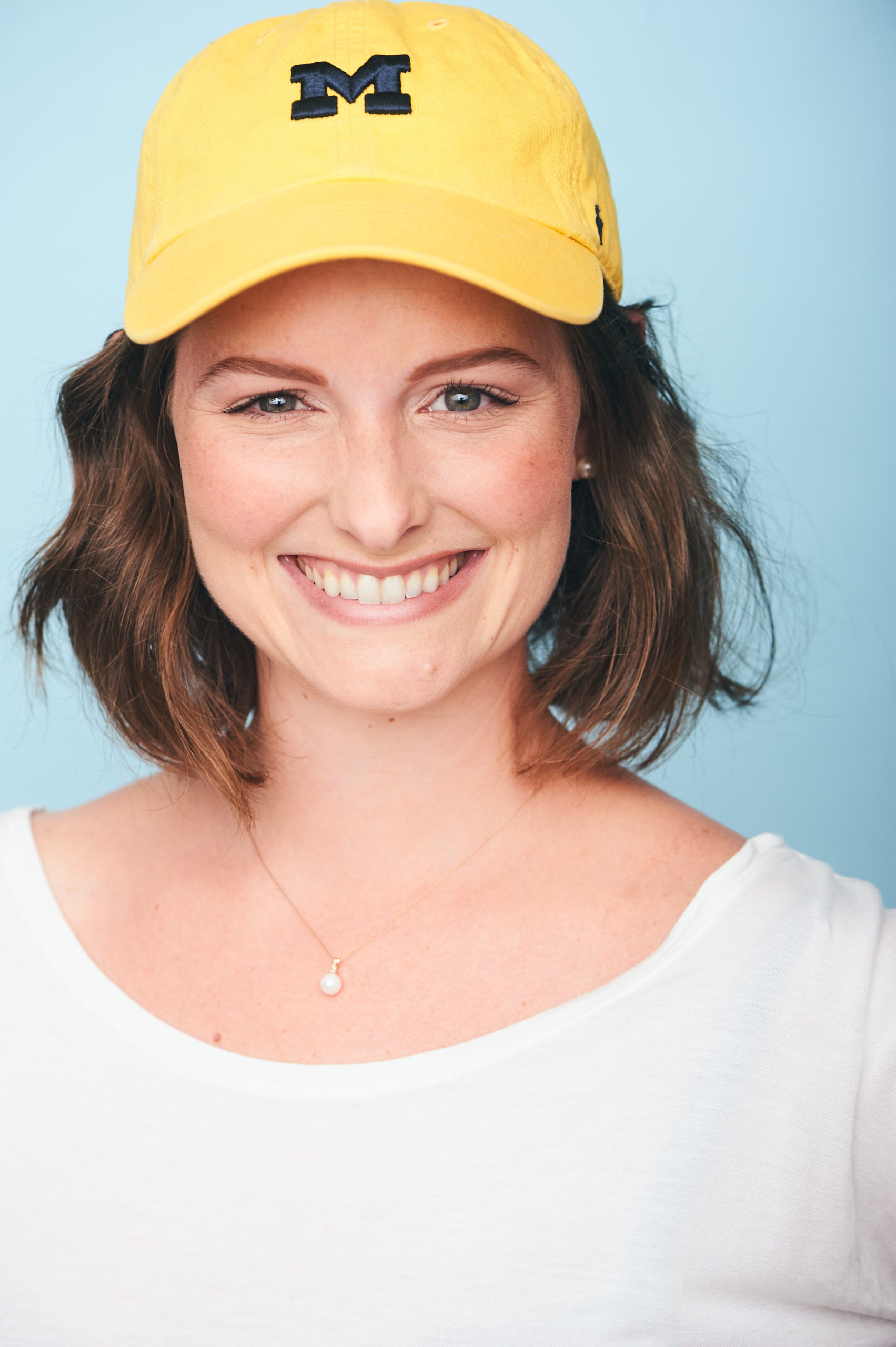 Moreau, born and raised in Cape Coral, Florida, is one of the founders of 3DiR Productions, a boutique production company run by several U-M alumni. Her sketch comedy videos have been featured on sites such as Funny or Die and WhoHaHa.

The Filmmaking Intensive for Women was the result of the alumnae’s hard work, enthusiasm, and networking. Moreau produced and handled the logistics of arranging the intensive at a creative loft space in Santa Monica, while O’Connor designed the course.

“My lecture was split over two four-hour sessions,” said O’Connor. “The first day we covered pre-production, and the second day was production, post-production, and breaking down a script. My main goal was to give an overview of the filmmaking process, targeted at fully developed short films.”

The intensive offered something for everyone, focusing on things that couldn’t be learned online or in a book. First-time producers got an introduction to the process of making a film. For more seasoned filmmakers looking to take the next step—moving from “sketches” to “small films”—the intensive covered many of the stages and personnel that are often overlooked in a smaller project.

O’Connor also broke down the responsibilities of a producer versus a director. “The intensive was geared toward director/producers, but it was important for the women to know how these roles are typically split up,” she said. “When they go on to direct or produce bigger projects with bigger teams, they’ll know how to support their other half.”

O’Connor led the in-class activities, and created learning materials and resource lists for the attendees. “The best one was probably our script breakdown,” she said. “At the end of the second day, I broke them into groups and assigned each group 20 minutes to ‘produce’ a stage of production. One group had to come up with budgets, another had to write casting notices, etc. This showed them that not only can they do it, they can accomplish quite a lot in just 20 minutes.” 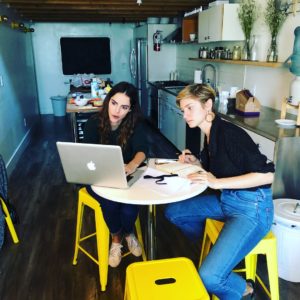 (left to right) Erika Rankin & Teagan Rose work on a mood board.

College friendships can turn into professional relationships later on, which highlights the importance of maintaining alumni connections. “I would encourage every alum to get involved with, or start, an organization like UMEC,” said Moreau. “So many alumni have offered me help and advice, and I’m thrilled whenever I get the chance to pay it forward.”

Moreau and LSA alumnus Tom Zambeck (BFA ’04, English) have served as co-presidents of UMEC since 2012. UMEC’s mission is to maintain a strong and functional network of alumni, learn from veterans in the industry, and network with fellow Wolverines.

“The University of Michigan alumni community is so vast and awesome, but when you can narrow it down by focusing on the common ground of an industry or shared interest, the connection becomes even more impactful,” said Moreau. “Many of our members are graduates of SMTD and Screen Arts & Cultures. However, we have members from many other majors and disciplines as well.”

Previous UMEC events have included “Wolverines After Work,” an entertainment panel co-presented with the LA chapter of the U-M Alumni Association; a “UMEC Script Reading Series,” in which writers have the opportunity to hear their work read aloud by professional actors; and “UMEC-LA Comedy Night,” a screening of alumni-created comedy shorts followed by a Q&A with SMTD alumna Katie Thomas (BFA ’04, theatre) from TV Land’s hit comedy series Teachers. 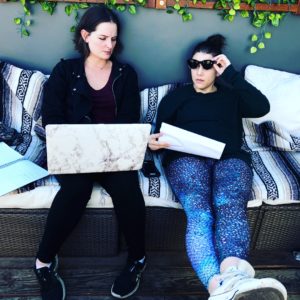 “In recent years the group has skewed a bit younger—a testament to April—with more recent grads and new arrivals to LA,” said Zambeck. “The Women’s Filmmaking Intensive, put together by April and Chelsea, is probably our crowning achievement so far.”

Moreau has fielded requests to present the Filmmaking Intensive again, and hopes to do so next year. “We’re definitely interested in producing workshops in other areas, with the next one focusing on post-production,” said Moreau.

The first-time intensive was infused with enthusiasm from both organizers and attendees. Looking to the future, O’Connor will tackle fundraising in a future workshop, but is excited to see what the women from this session will do next.

“My biggest hope is that all of the participants walked away with enough knowledge to supply them with the confidence they will need, as well as tangible action items and to-do lists to get their projects across the finish line,” said O’Connor. “The relevance of this intensive is that women should be helping and empowering each other, and my way of doing that is through teaching.”

“The workshop had a very empowering effect,” said Moreau. “By the end of the weekend, as a producer, I was proud to have made the thing happen. As a participant, I was so inspired to put my new knowledge to use and make a great film.” 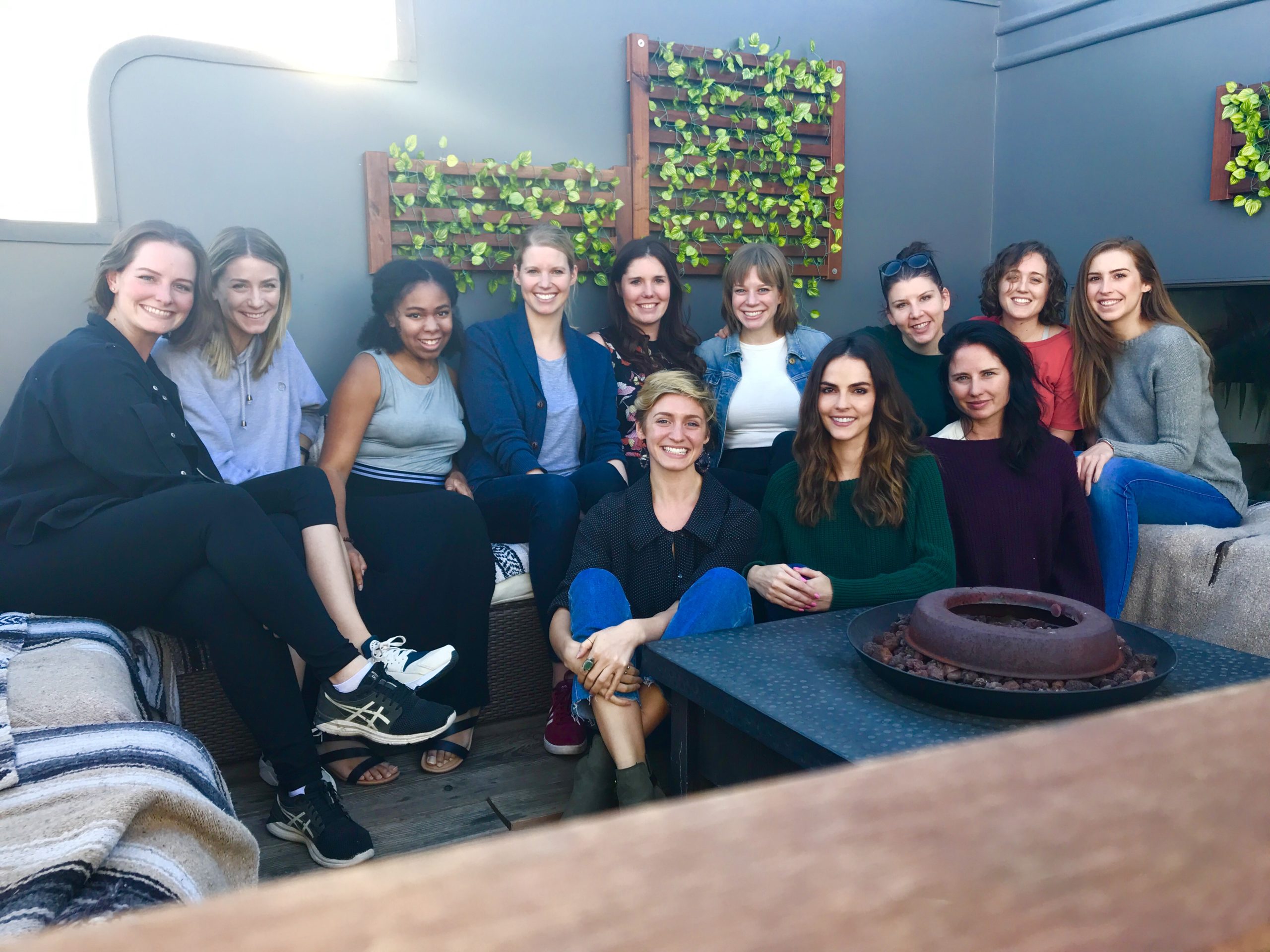 ← Moving Forward, Looking Back Meet the (not remotely) Mean Girls →