Home » SMTD History » The Evolution of SMTD: An Insider’s Account of the Transition from a Classic Music School to a Comprehensive School of Performing Arts 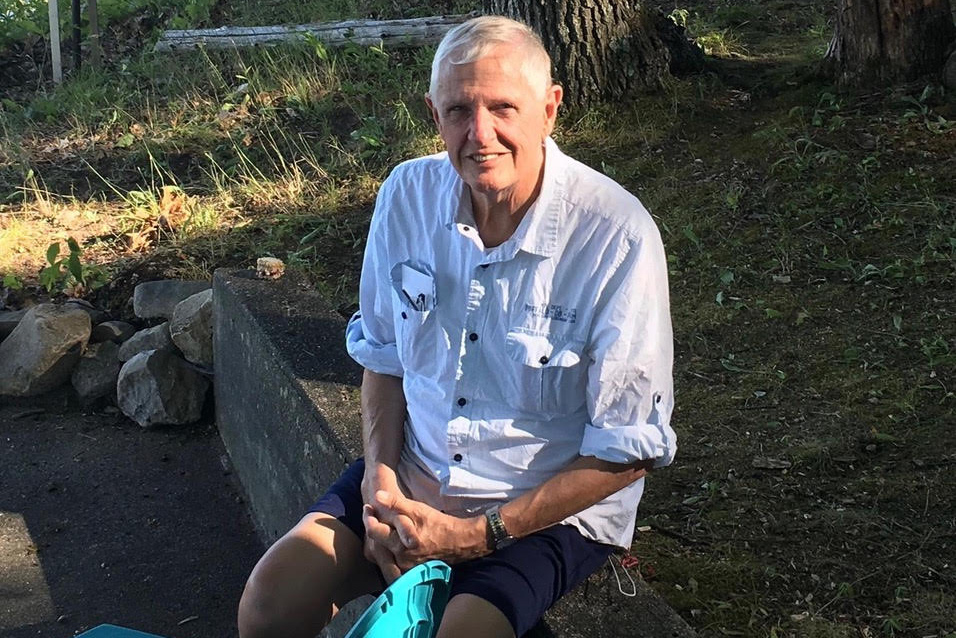 The Evolution of SMTD: An Insider’s Account of the Transition from a Classic Music School to a Comprehensive School of Performing Arts

Professor Emeritus of Music and Dean Emeritus Paul Boylan served as dean of the School of Music (later renamed the School of Music, Theatre & Dance) from 1979 to 2000. He also served as university vice provost for the arts during that time. Boylan joined the faculty in 1965 and was active as a teacher of music theory, a chamber musician and accompanist, and an administrator. He was director of the University and All-State divisions of the National Music Camp at Interlochen from 1971 to 1975. 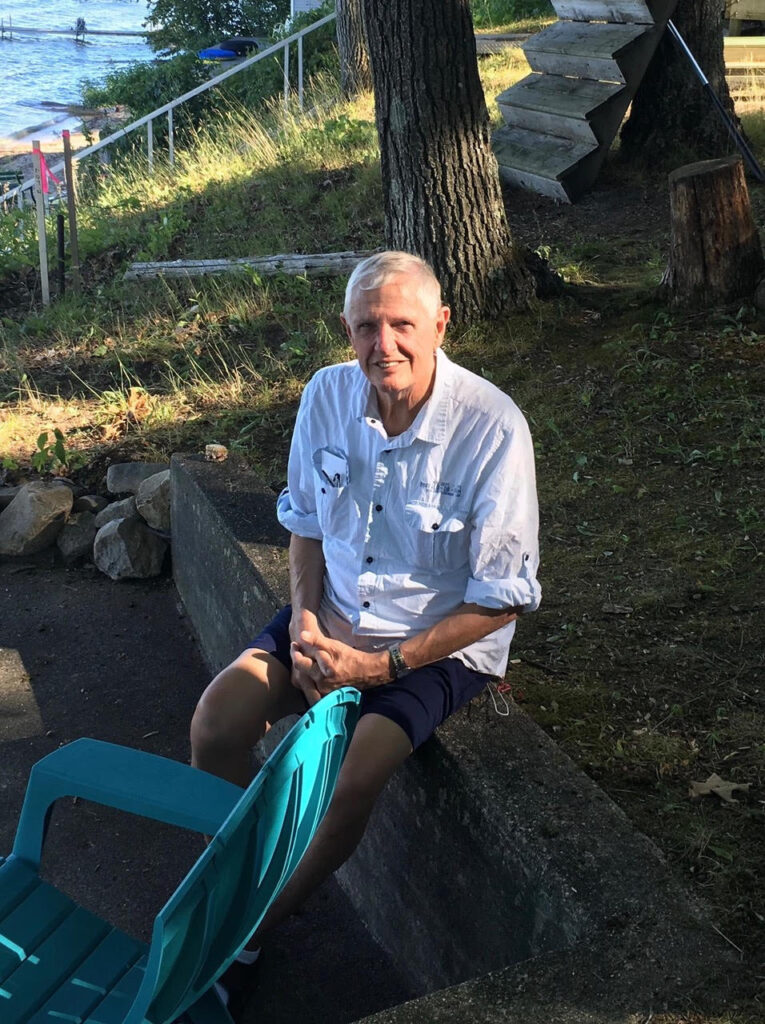 In the early 1970s, the University of Michigan School of Music was nearly a century old. It had long been among the top ten conservatories and collegiate music schools in the country. Its curriculums, while admired and even mimicked by its peers, were classic in their conservatism. The canon of Western concert music held practically complete sway—its performance, its teaching, its history, and literature. The School of Music enjoyed considerable prestige on campus, and music benefited from wide interest among faculties of other schools and colleges as well as university administrative officers. World-class presentations by the University Musical Society (the professional concert-presenting agency on campus) further strengthened awareness of the powerful value of music on campus.

Other performance arts were in much less privileged positions of visibility, quality, and support. Dance was a forlorn stepchild of the Department of Physical Education in the School of Education. Theatre occupied a sleepy niche in the College of Literature, Science, and the Arts (LSA), although basking in some reflected glory in the 1960s by presentations of the Professional Theatre Program—a star-studded but short-lived series of truly outstanding quality.

I was thrust into this milieu as a young music faculty member, having been appointed director of the University Division at the national music camp at Interlochen in 1971. In summers there, the School of Music, School of Art, College of LSA, and the School of Education all offered courses in the University Division. In my role as director, I reported to the vice president for academic affairs (even though I was then an untenured assistant professor). Vice President Allan Smith had a strong interest in the arts that deeply helped me then and for many years after.

The music school’s broadening mission began during this time, and dance was its avatar. The initial actions involving the transfer of dance to the School of Music and the development of the precedent-setting BFA and MFA degree programs paved the way for theatre and for much else to come in the 1980s. 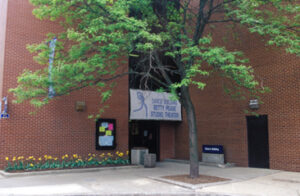 With advice from VP Smith, discussions about the hopes of dance faculty members and expectations of the administrative officers of the School of Music began, with me as go-between.

Physical education did not give up easily. Although they cared little for any artistic aspirations dance had, they certainly appreciated the large number of credit hours generated for their departmental budget by numerous enrollees in elective dance classes. 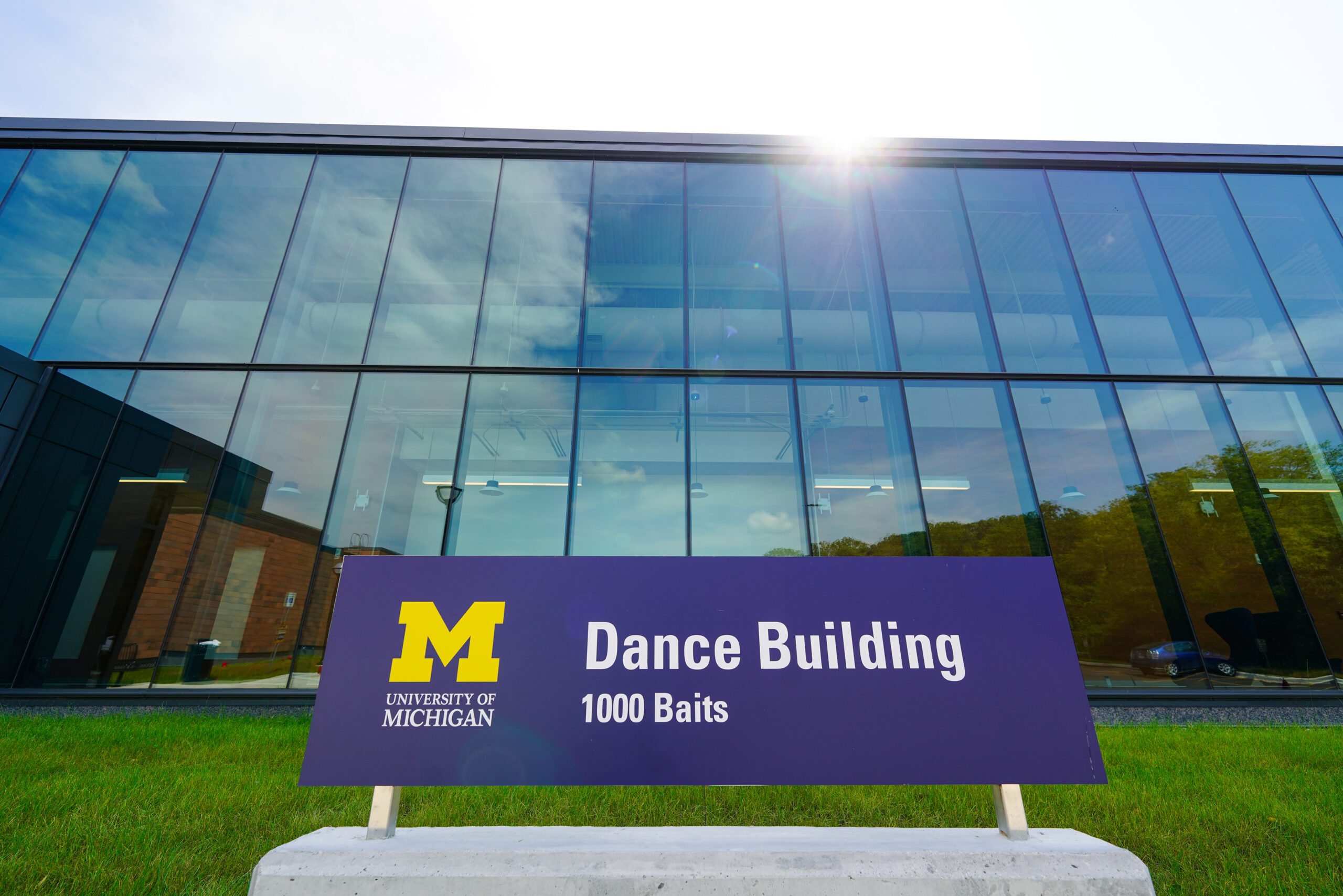 These new degree programs provided important precedents and support for subsequent programs in theatre and expansions in music offerings beyond the narrow canon, including new programs in musical theatre, jazz and improvisation, performing arts technology, and the American Music Institute to come in the 1980s.

The transfer of the Department of Theatre and Drama from LSA to music took place over a period of approximately a year and a half. The department had been under consideration for closure by Dean Peter Steiner of LSA, and the matter was being discussed with Bill Frye, then vice president for academic affairs, at Steiner’s annual budget conference in 1982. It was an especially problematic issue, however: Eugene Power, a former regent of the university, generous donor, and great lover of theatre, had donated funds for the construction of the Power Center for the Performing Arts. His daughter-in-law, Sarah, was a regent at the time.

I had been scheduled for a music budget conference directly after Steiner’s. I was waiting outside the conference room when Bill Frye spotted me and invited me in to participate in the discussion. After listening to a summary of Steiner’s concerns about the theatre department, I commented that whatever the outcome of the proposed closure, the School of Music would have continuing need for support from the Power Center shops (costumes, set construction, etc.). Frye spontaneously floated the idea that transferring the entire program to music might allow dramatic changes to be instituted, and thus began a series of pointed negotiations on how a transfer might be achieved. At the request of both Frye and President Harold Shapiro, I undertook an analysis of the theatre program, noting its history on the campus, and set forth a vision for what it might become under the aegis of the music school. Following thorough discussion, a strategy was adopted for presenting this transfer as a formal proposal to the regents in 1984.

At the same time, certain shortcomings in the management of theaters and auditoriums on campus became more apparent, and Frye decided to transfer oversight and authority for scheduling of these much-used facilities (the Power Center, Mendelssohn Theater, Hill Auditorium, and Rackham Auditorium) to the dean of the music school. There was, of course, much consternation and concern among liberal arts faculty and to some extent within the music school itself about these significant changes. One of the most controversial decisions I made (aggressively covered in the Ann Arbor News) was to appoint all staff personnel working in the Power Center shops as lecturers. My purpose was to make these shops instructional units so that theatre students could be taught the practice of design for the stage in sets, lighting, costumes, etc. That the maneuver sidestepped potentially troublesome issues of union membership and representation was the topic that most interested the press, however.

The early years of integrating theatre into the School of Music were admittedly difficult. There were significant personnel issues. I hired Erik Fredricksen from the California Institute for the Arts to run the program. He deserves enormous credit for focusing the program, bringing together a capable professional faculty, and establishing the still-growing stature of the department.

Yet I have occasionally wondered what might have happened to theatre on the Michigan campus had I not been sitting outside Bill Frye’s conference room on that fateful afternoon.

Musical theatre in the school had a much less dramatic advent than the one just described, yet even it met with some resistance from the most conservative members of the faculty when we initiated discussions in the early 1980s. At first, I kept development of the program more or less “under the radar” with part-time appointments and a few others, with Robert Chapel being the most significant. Support for the program from within the faculty came principally from Richard Crawford, Leslie Guinn, Katherine Hilgenberg, and Willis Patterson. Eventually we appointed Brent Wagner as director of the program, and the simply enormous success it now enjoys is a credit to him. My latest information is that admission to this program is now the most competitive of any in the University of Michigan.

The use and study of technology in the performing arts gradually insinuated itself into music school life primarily on faith. I had a transforming experience in Los Angeles at the recording studio of an alumnus, Richard Perry. A young, very talented synthesizer player impressed me with his astonishing musicality. I was curious about this young musician’s background, so during a break I engaged him in a conversation – one that greatly altered my view of how our school might evolve. I told this fellow how much I admired his musicianship and inquired where he had studied music: Mostly on his own, it turned out. When thinking about collegiate work, he had considered only two schools, and he had been rejected by both because of a lack of formal exposure to classical composers – rejected despite what clearly were enormous musical gifts. The two schools rejecting this young man’s application: the Toronto Conservatory and, to my utter dismay, the University of Michigan School of Music. I came back to Ann Arbor determined to address this issue.

David Gregory and David Crawford were my earliest comrades in plotting the future of technology in our school. From Vice President Frye I requested an $800,000 seed grant from the Thurnau Trust to establish a rather grandly named Center for Performing Arts and Technology (CPAT). During the earliest years, the focus was on basic non-credit courses for faculty and students. Largely as a result of strong student interest, credit-bearing courses eventually were authorized, and slowly a curriculum emerged, leading to an undergraduate, and subsequently, a graduate degree. At a crucial point in its short history, Mary Simoni proved to be an ideal leader for CPAT. She negotiated strong alliances with the College of Engineering and with the School of Art and Design. She defined the structure of cross-disciplinary faculty appointments that have yielded rigor and quality in the program. The music school’s leadership in technology in the arts had significant influence on the developing plans for the Duderstadt Center, and close proximity of “The Dude” makes an enormous contribution to music students’ technical savvy. 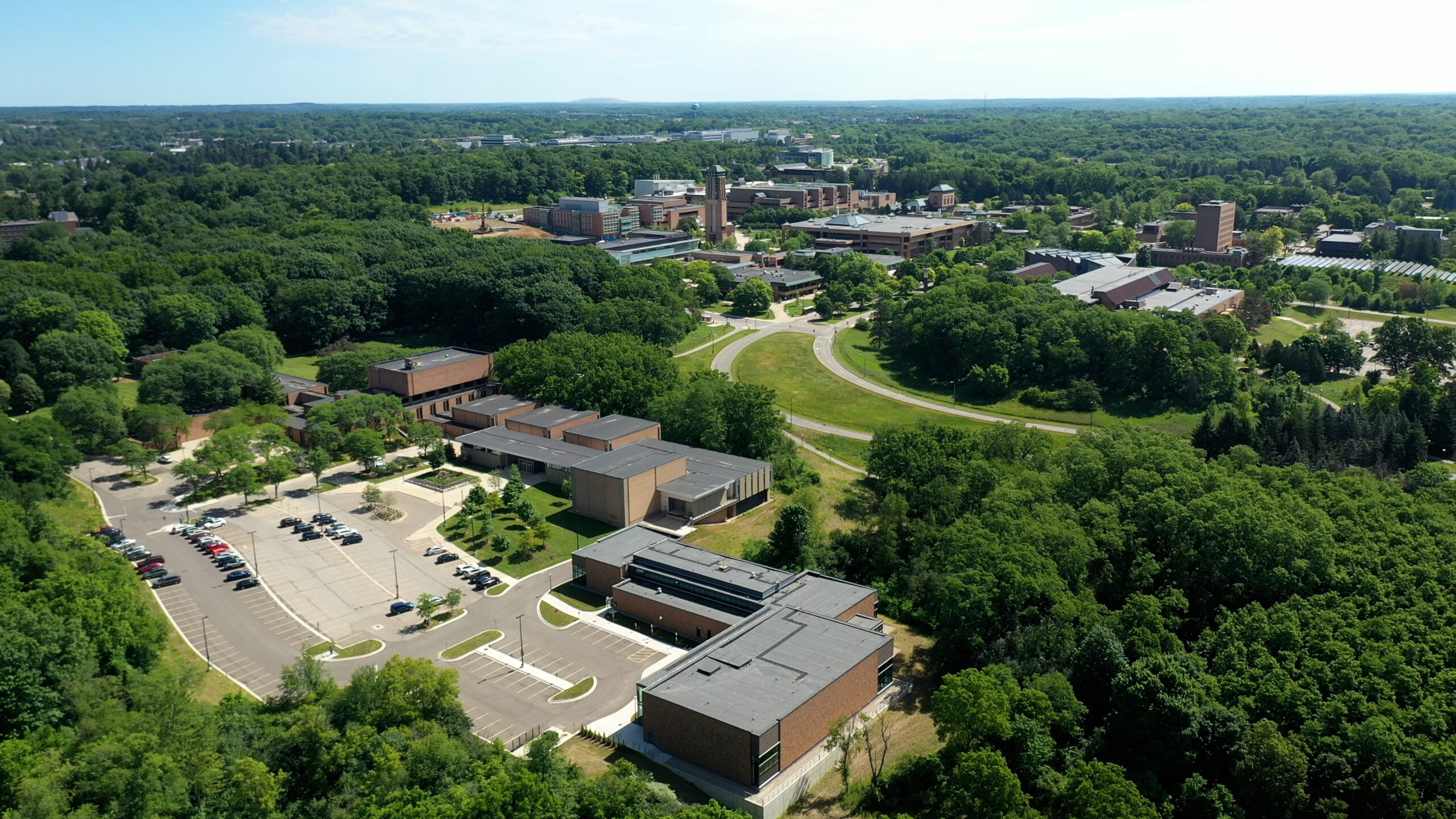 Jazz and improvisation study inched its way into the texture of music school life almost undetected. Although there had long been a little jazz band, it struggled to be taken seriously. Then came Ed Sarath, a talented dreamer and gifted jazz artist. While he may have been considered something of a “space cadet” by many of his older colleagues, I’ve often been moved and captivated by his ideas about teaching. He created an ensemble called the Creative Arts Orchestra that many faculty colleagues regard as uniquely helpful in the musical development of their performance students. Sarath continues to develop creative consciousness offerings that may be pathbreaking in the university. Ellen Rowe, a terrifically gifted jazz pianist, soon joined Ed and, together with a select group of newer colleagues, they lead a program of significant national reputation. A doctoral degree has been recently approved for this program.

The American Music Institute was founded with a $500,000 grant from the Katherine Tuck Foundation. I supported greater focus on American music while carefully maintaining established strengths in Western European music and ethnomusicology. Professor Richard Crawford led the early development of this institute, bringing to campus the Music in the United States (MUSA) project funded by the National Endowment for the Humanities. More recently the Gershwin Initiative, led by Professor Mark Clague with enthusiastic cooperation from the Gershwin family, was established.

It seems clear to me that the comfortable, conservative, perhaps even complacent nature of the good old School of Music we knew and loved was forever changed with the spark that the addition of serious dance studies ignited. That ignition led to others that transformed the artistic sensibilities of the place. We who strode the Moore Building halls with so much pride more than a half-century ago cannot help but be amazed and delighted as we visit the fine facilities of today, where the school pulsates with artistic vitality. It feels healthy. It feels alive and open to fresh expression from the glorious wellspring of the performing arts.