Home » Alumni » Taking a Bite of the Big Apple 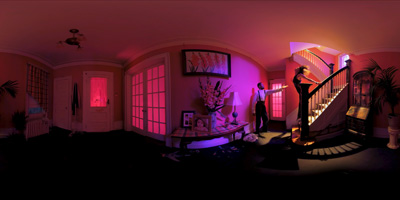 Taking a Bite of the Big Apple

New York City has always been a dance mecca-home to some of the most important names in contemporary dance, including Martha Graham, Alvin Ailey, Merce Cunningham, Paul Taylor, and so many more. The city is also alive with other opportunities for dancers and choreographers-in theatre, opera, film, television, and concerts-and connections to a burgeoning creative community, providing fertile ground for collaboration and experimentation.

Graduates of Michigan’s Department of Dance, like dancers from across the country and around the world, regularly flock to NYC after obtaining their degrees. Some land coveted positions with renowned companies, such as Leah Ives (’07), a member of the Trisha Brown Dance Company. Others catch the eye of Broadway casting directors, including Dee Tomasetta (’14), now starring as Peter Pan in the national tour of Finding Neverland; Sabrina Imamura (’13), appearing in the San Francisco company of Hamilton; and Elizabeth Dugas (’10), who has danced in the national tours of Bullets Over Broadway and The Will Rogers Follies, and has appeared in multiple Metropolitan Opera productions, music videos, and TV commercials.

At the same time, many other dance alumni in NYC have found success by following their own muse as entrepreneurs, either launching dance companies of their own or developing unique dance profiles that are gaining national attention.

Lily Baldwin (’00) is a perfect example. Recently featured in a New York Times article lauding her first foray into virtual-reality films, Baldwin has merged her love of film, dance, and acting to become a leading screendance artist. Previously a professional dancer with an array of NYC companies, Baldwin was named one of “10 Filmmakers to Watch in 2017” by Independent Magazine. She has created more than a dozen short films, often appearing in them as well, and also directed a short documentary about ballerina Misty Copeland for Glamour Magazine’s “Women of the Year Awards.”

Zazel-Chavah O’Garra (’83) also enjoyed an active dancing career in NYC before going in a different direction. In her case, however, the switch was precipitated by a life-changing incident: she was diagnosed with a brain tumor in 2002, leaving her partially paralyzed. Nevertheless, O’Garra continued her artistic career, now augmented by a new mission of helping others with disabilities to “live joyful, creative, expressive, and meaningful lives.” In 2013, O’Garra created the ZCO/Dance Project, a company comprising 10 artists who are “dancing beyond disability,” and she shares her story with students in NYC public schools as part of an artistic residency program.

Nadia Tykulsker (’09) works with performers and designers in both conventional and unconventional performance spaces, such as galleries and warehouse parties, “to make works that widen potential of what we can communicate through the medium of movement.” In 2016, while the contentious presidential campaign was in full swing, she collaborated with designers, musicians, a dramaturg, and several dancers-including fellow SMTD alum Tara Sheena (’11)-in a work entitled Saw You Yesterday. Performed on a circular, rotating platform on the third floor of Standard Toykraft (a former toy factory) in Brooklyn, the work incorporated prose and poetry, melding dance and theatre in what Tykulsker described as a response to a “violent, desperate moment in our history.”

Sheena is also a development associate at Movement Research, a hub for experimental dance where Lindsey Dietz Marchant (’98), is managing director. Marchant has had a rich career as a freelance dancer with prominent choreographers such as Martha Clarke and Monica Bill Barnes, and in unique productions such as the immersive theatre piece Then She Fell. She has also been active as a choreographer, teacher, and curator.

NYC offers an especially rich environment for collaboration, and there are abundant opportunities to explore the intersections of dance and other media. Emma Cotter (’97) is doing this with visual art. Her dance/art/design company RETTOCAMME, founded in 2003, has presented evening-length projects at Shapeshifter Lab, Triskelion Arts, and the Wings Theatre, as well as site-specific projects at Governor’s Island and United Photo Industries, among others.

Forming a dance company of one’s own is a dream that many Michigan dance alumni have made real in NYC. Recent success stories include Xan Burley (’07) and Alex Springer (’07) with The Median Movement; Emily Berry (’98) with B3W Performance Group; and Rachel Mckinstry (’02) and Liz Riga (’01) with Launch Movement Experiment.

In 1999, Gwirtzman left Artichoke to form his own nonprofit, Daniel Gwirtzman Dance Company (DGDC), which has made community collaborations, both in and beyond NYC, a prime focus. While almost all dancers and companies teach in some capacity, Gwirtzman contracted with the NYC Department of Education in his company’s first year; DGDC has since taught more than 12,000 students. The company also offers a spectrum of programs designed to “encourage audiences to be active participants,” as part of an effort “to integrate communities into the dance-making and performing process.”

Another notable company, Alexandra Beller/Dances, was formed in 2001 by Alexandra Beller (’94), who started her career with the Bill T. Jones/Arnie Zane Dance Company. Her company, which has toured the U.S. as well as Cyprus, Hong Kong, Norway, the Netherlands, Poland, Russia, and Korea, creates “hybrid performances,” collaborating with dramaturgs, composers, set and light designers, costume designers, and visual artists. The company “seeks to intersect distinctions between races, nationalities, sexual orientations, and political affiliations through a series of artistic collisions.”

Despite the miles between NYC and Ann Arbor, alumni maintain close ties with their Michigan professors, often collaborating with their former mentors. Last year, Professor Amy Chavasse premiered a new work with Sarah Konner (’10) and Austin Selden (’10), a Brooklyn-based duo that likes to bring dance into non-traditional spaces. The trio performed “Emi, Amy, and Mimi, the Celebrated Love Partners, and their Bicycle Emi Nomo” in Brooklyn, to critical acclaim, and have since performed the piece in Boston and Ann Arbor.

Another celebrated faculty-alumni collaboration took place last summer when Professor Clare Croft curated “EXPLODE! queer dance,” a four-day festival of performances and conversation at Brooklyn’s JACK performance space, designed to “reimagine the potential of queer dance today.” The festival showcased an international array of artists including alumni Anthony Alterio (’16), Michael Parmelee (‘16), and Jennifer Harge (’08). (Harge is based in Detroit but frequently performs in NYC.) The festival received an excellent review in The New York Times, which concluded by saying, “One hoped that the ideas and energy circulating in the tiny performance space would keep finding their way into the world.”

These are just some Department of Dance alumni who are enjoying vibrant careers in NYC. Of course, many more are making their mark in other cities-Chicago, Detroit, Los Angeles, and San Francisco, to name just a few. Regardless of location, or the way they practice their craft, all are proving that dance has never before offered so many routes to successful careers.

By Marilou Carlin, director of communications and editor of Michigan Muse.

← Leveling the Conducting Field A New Musical with a Michigan Pedigree →