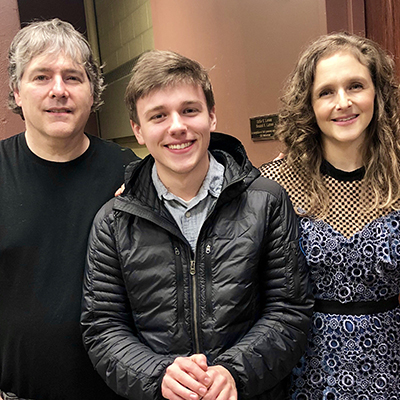 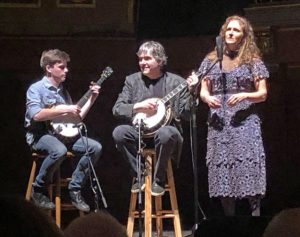 First-year student Matthew Davis, a BFA candidate in jazz studies with an emphasis in banjo performance, had the rare opportunity to perform with one of his heroes this winter. Béla Fleck, perhaps the greatest living banjo player and certainly the most famous, came to Ann Arbor to play a concert with his wife and fellow banjo player Abigail Washburn based on their recent album Echo in the Valley. As a surprise encore, they invited Davis to the stage of the legendary Hill Auditorium to play a number with them. The University Musical Society (UMS) regularly brings such world-class musicians to Ann Arbor, and collaborations with SMTD faculty and students, in the form or master classes and workshops, are fairly common. Still, not many college freshmen have the opportunity to perform as prominently as Davis did!

Davis first met Fleck about two years ago at a workshop during the SPBGMA bluegrass festival in Nashville. Later, Davis served as a teacher’s aid during Fleck’s summer camp and got the chance to perform with him there. “Occasionally Béla and I will get together and geek out about banjo stuff that not too many other people really care about,” Davis said. “He has been, and continues to be, an awesome mentor to me and I always take any opportunity that I can to learn from him.” It was during one of these meetings that Fleck invited Davis to play with them during their upcoming visit to Ann Arbor. Taking the stage at Hill, Davis said, was a lot of fun. “It meant the world to me to get to perform with him.” 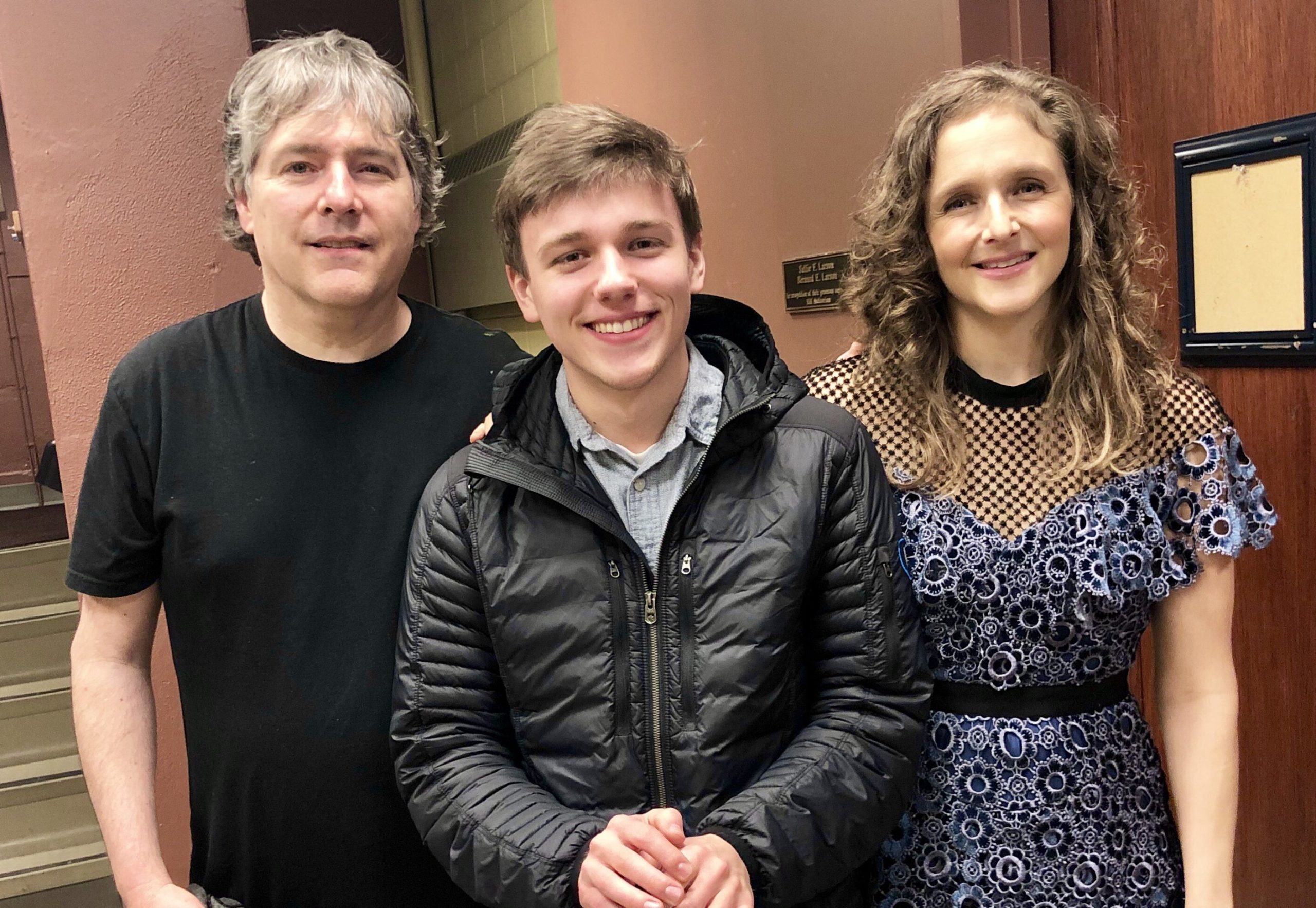 Béla Fleck, Matthew Davis, and Abigail Washburn after their number at Hill Auditorium

Davis chose to attend SMTD because of the flexibility offered by the BFA in jazz studies. “The faculty here encourages students to pursue their own musical goals, whatever they may be, and provides them with tools to do so,” he elaborated. At SMTD, Davis studies with jazz guitarist Miles Okazaki and learns a variety of music forms. “I didn’t want to go to a school where I was going to be forced to be a cookie-cutter jazz musician,” said Davis.

← Donations help flute students learn from the past and practice for the future Willis Patterson: Artist and Advocate →