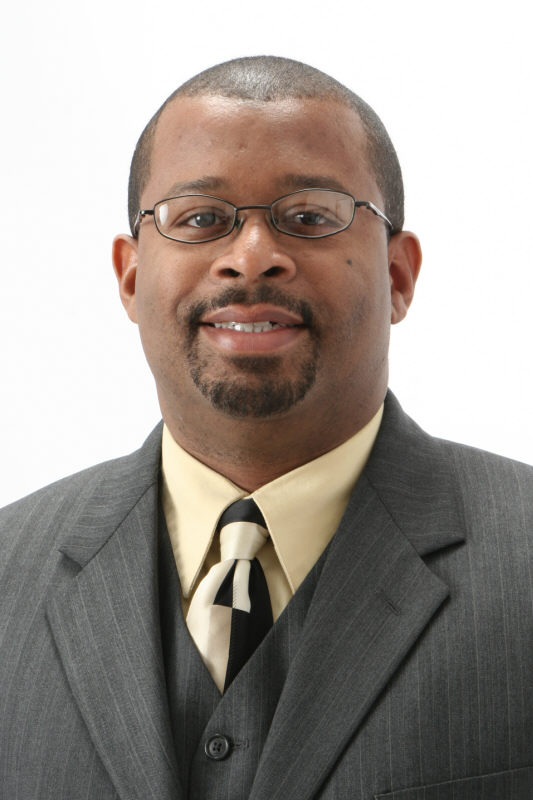 In one night at Hill Auditorium, the University of Michigan School of Music, Theatre & Dance (SMTD) will host the world premieres of two notable new U-M commissions, both written by Black American composers. Tethered Voices, composed by SMTD alum James Lee III (BM ’99, piano; MM ’01, piano and composition; DMA ’05, composition), will be performed by the University Symphony Orchestra (USO) and a narrator. Damien Geter’s The Justice Symphony will be performed by the USO as well as the University Choir, Chamber Choir, Orpheus Singers, and soloist Goitsemang Lehobye, an SMTD doctoral candidate in voice. The evening will conclude with the USO performing Gustav Mahler’s Symphony No. 2. The concert takes place at Hill Auditorium in Ann Arbor on Wednesday, April 6, at 8 pm, with free admission (no tickets required) and will also be available to view via livestream. 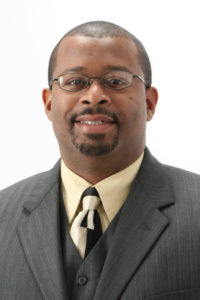 Lee’s Tethered Voices is the first work commissioned as part of the Michigan Orchestra Repertoire for Equity (MORE) project, created with the intention of diversifying the orchestral repertoire. Established in 2020 by Grammy-nominated conductor Kenneth Kiesler, director of university orchestras and professor of conducting, MORE will commission one new orchestral work each year for ten years. These works will be premiered and recorded at U-M, serving to expand the classical orchestral repertoire and bring important contemporary artistic voices to the fore. Kiesler’s hope is that MORE will help catalyze changes throughout the world of music education and performance. “I see our role as educating our students to be citizens, beyond being musicians and through being musicians,” Kiesler said. “I would like them to realize that they can be ambassadors or disciples for the arts beyond a very narrow repertoire, honoring tradition while also advancing that tradition by amplifying new voices.”

The composition Tethered Voices began with a new poem written by conductor and poet Kalena Bovell. “I wanted to commission works that would speak to the times we’re living in,” Kiesler noted. “Kalena Bovell sent me her poem, called ‘Tethered Voices,’ which she wrote in the aftermath of the George Floyd tragedy. It’s powerful. It spoke to me, and it immediately sparked the idea that a setting of ‘Tethered Voices’ for narrator or speaker with orchestra would be extraordinary.” When Kiesler asked Bovell if her poem could be incorporated into a new composition, she readily agreed. “I never thought the poem I wrote after the death of George Floyd would reach anyone beyond the circle of friends and family it was shared with,” she shared. “It is such an honor to be a part of the MORE project because of its importance and the impact that it will undoubtedly have on music education and conversations surrounding difficult topics.” 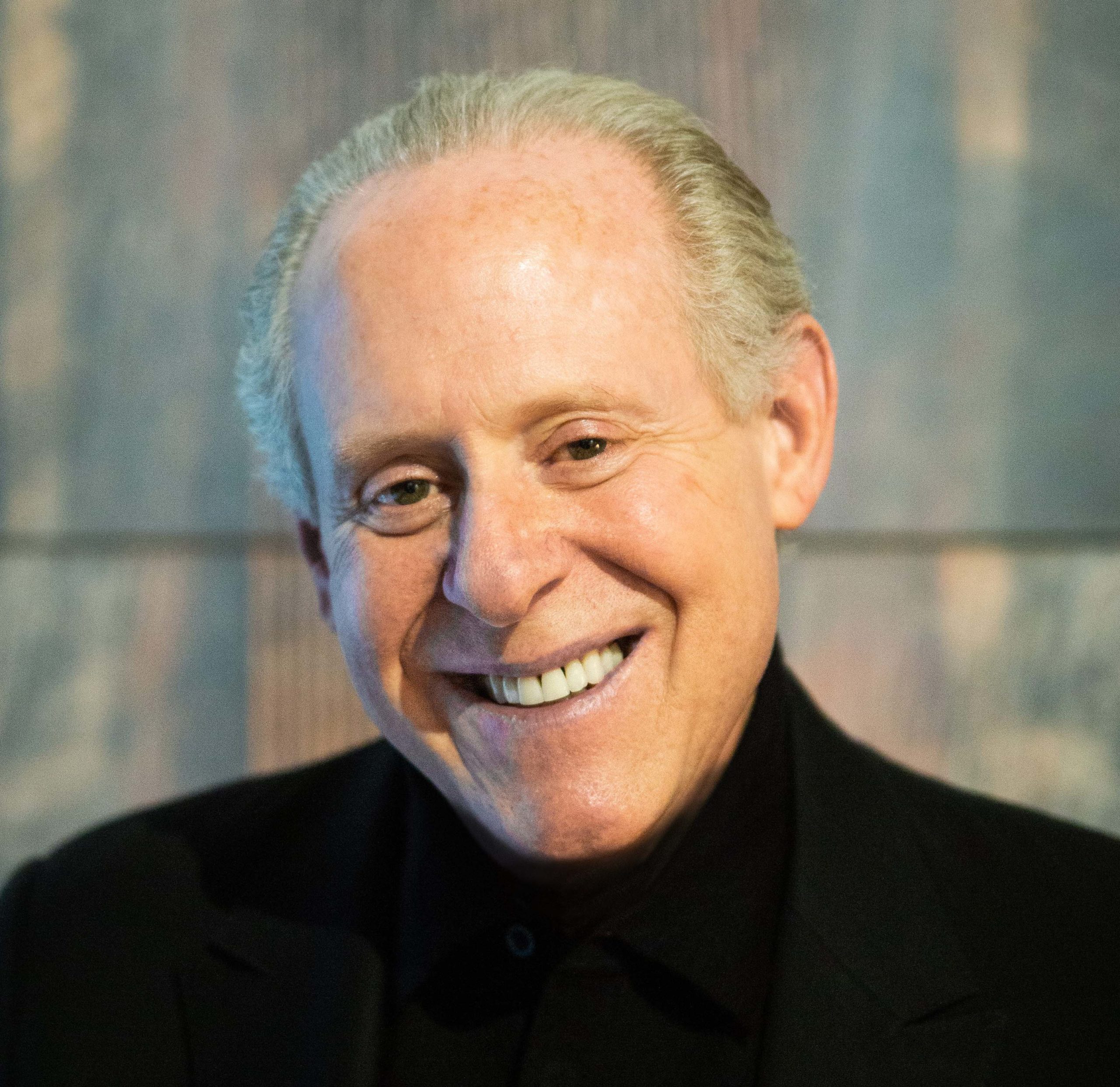 Kiesler immediately thought of Lee as the composer for this new work. “I had been impressed by other music he had sent me, so I called and asked him to write the piece,” he stated. Lee was similarly struck by Bovell’s poem, describing it as “compelling, quite stunning.” He recognized that there was a burgeoning interest in addressing “this kind of subject matter through art,” and he wanted his work to contribute to and further heighten that interest.

Lee hopes that his composition, combined with Bovell’s words, will inspire listeners to look deep within themselves and ask searching questions. And, he stated, if they recognize that they share some of the discriminatory attitudes decried in the poem, he hopes they will ask themselves “how might they change their mindset to really respect and love someone just because they are a human being, a child of Adam.” Bovell expressed her aim in writing her poem: “My hope in writing ‘Tethered Voices’ was to give people a first-hand perspective of what it meant to walk in Black Skin and to hopefully start conversations to change the narrative around microaggressions people of color deal with regularly.”

Lee’s compositions address a variety of topics, often inspired by biblical literature or history. He has recently been exploring connections between the history of African Americans and Native Americans. His goal as a composer is to create works that go far beyond entertainment. “I really like writing music that I feel can reach down to the inner soul of the individual who’s listening,” he shared, “so they can really be touched by it.” He described receiving an email recently after a work of his was performed by the St. Louis Symphony. The email was sent by an audience member who had been attending orchestra concerts for 38 years but had never before been moved to contact a composer. “They told me they were really moved by the music,” he recalled. “I really want my music to speak and say something to the listener.”

Lee’s works have been performed by major symphony orchestras throughout the United States. He is especially looking forward to having Tethered Voices premiere at U-M. “I always have great feelings for Ann Arbor, for the University of Michigan,” he stated. “I had great experiences there. I wouldn’t be able to do what I’m doing now, if it were not for my training there in the composition program. I’m very grateful to be able to come back.” 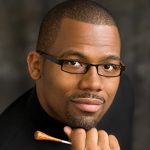 In 2019, while thinking about future choral orchestral works to be performed at Michigan, Eugene Rogers knew one thing for certain: he wanted to continue his work of championing the expression of BIPOC experiences in choral works. He admired the work of Damien Geter, a rising star among classical composers whose work, Rogers stated, “uses the music of African Americans – whether they be civil rights songs, gospel, jazz, or spirituals – and then puts them in a classical context.” So Rogers, director of choral activities and associate professor of choral conducting (as well as a U-M alum), reached out to Geter to discuss working together.

Geter told Rogers he’d been thinking about writing a symphonic and choral work incorporating anthems from the civil rights movement, a work he planned to name The Justice Symphony. Rogers loved the idea. The work ultimately came to fruition as a joint commission from the SMTD Brehm Choral Commissioning Fund and the Washington Chorus, of which Rogers is the artistic director. The Brehm fund, established in 2017 by William (BS ’50, MS ’52) and Delores Brehm, supports the commissioning of new choral works from established composers to be premiered by SMTD choirs. 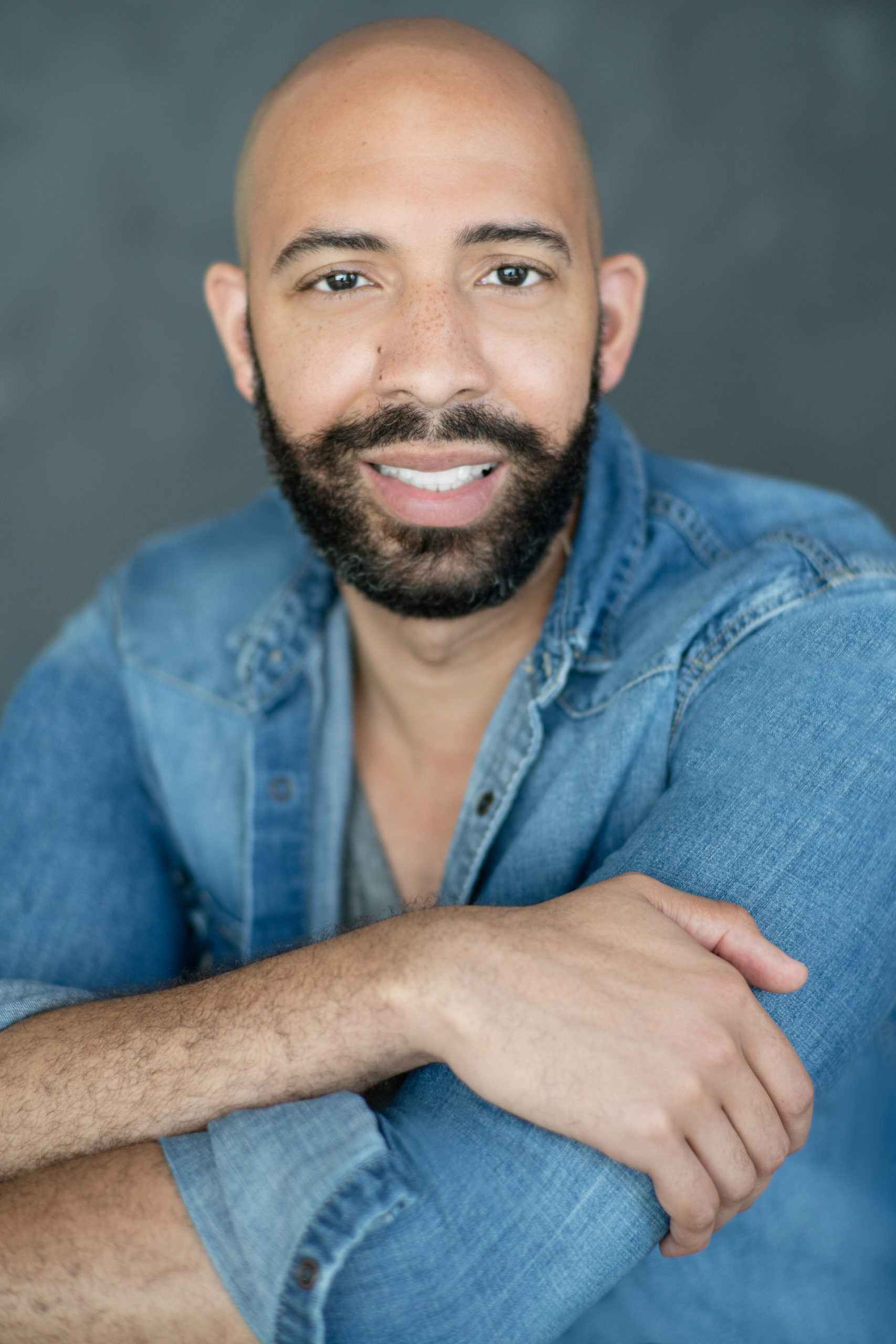 A three-movement work, The Justice Symphony features several traditional songs and hymns that gave voice to the hopes and struggles of Black Americans during the civil rights movement, amplifying their message and inspiring millions. Geter’s work features familiar songs made new by his distinctive approach. “They’re written in ways that you haven’t heard before,” he noted. “The melody is pretty much the same, but everything that’s happening around the melody is different.” Rogers spoke of the significance of The Justice Symphony in terms of the training of students performing the work. “It is very important for our students to be able to sing and perform in many different styles,” he noted. “A work like this in the academy gives students more exposure to disparate styles, which are now becoming a part of the repertoire that they will be expected to play and perform in some settings in the professional world.” In addition, Rogers views the commission and performance of The Justice Symphony as an important expression of the principles of diversity, equity, and inclusion. “The themes of this work deal not just with African American freedom and equality, but the freedom of humanity,” he noted. “It is about any person who is experiencing injustice.”

The first movement focuses on “Keep Your Eyes on the Prize,” which existed as a spiritual (with the refrain “keep your hand on the plow, hold on”) long before the civil rights era; the spiritual’s lyrics were modified by a woman named Alice Wine, and during the 1960s the song became an unofficial anthem, sung at protests throughout the South.

The second movement features the hymn “Precious Lord,” which has special meaning for Geter. “I picked that piece for two reasons; one was personal, because it was my mom’s favorite hymn. And it was also the favorite hymn of Martin Luther King Jr., which Mahalia Jackson sang at his funeral.” That song, written by Thomas A. Dorsey and a standard in the Black church community, bears significant historical importance, Rogers noted: “That is considered the first gospel piece ever written in America.”

The third movement contains a number of songs important to the civil rights movement. The movement begins with “We Shall Overcome,” though Geter made a notable change to the lyrics. “This whole idea of we shall overcome someday doesn’t sound hopeful to me,” he shared. “So I’ve changed someday to now. We shall overcome now.” It concludes with “Lift Every Voice and Sing,” a song often referred to as the Black national anthem. “There’s a lot of history included in all of those songs in terms of their place in our country,” commented Rogers. “We think about the Selma march, we think about the ‘I Have a Dream’ speech. Many of these songs were sung during that era, when African Americans were really trying to find their equal place in this country. It’s American history.”

Geter’s hope is that The Justice Symphony will leave audiences inspired not just by the historical relevance of the civil rights–era songs, but by the significance they still have in contemporary society. He pointed out that the songs he incorporated into the symphony “have been around since folks were enslaved, and they were used and retooled during the civil rights movement to fit the message, to forward that cause.” He went on to say, “this music is the backbone of this nation. If you talk to anybody who lived through the civil rights movement, they will talk about how music was one of the most important aspects of the movement. And it still is.”

Geter has written music in a variety of styles, and his compositions range from intimate chamber music and vocal works to full-scale orchestral works and operas. Much of his work is focused on social justice, and all of it is intended to further his personal mission: “bringing Black music into the concert hall, in whatever capacity and whatever genre.” He commented that “classical music is not just white guys from Europe writing symphonies. So often, I don’t see myself represented in that way in an art that I love so much and have loved my entire life. And so, this is my opportunity to give back.”

Geter’s path to becoming a composer took several twists and turns. He earned his bachelor’s degree at Old Dominion University, studying trumpet and music education. His master’s degree, from Indiana State University, is in conducting. He is a professional vocalist, performing with the Metropolitan Opera and major orchestras. And all along, he has composed music. “My background is kind of weird,” he stated. “It’s not one straight trajectory. It’s kind of all over the place, but I think that really has fueled the artist that I am today.”

Originally planned for 2021, the premiere was delayed by the COVID pandemic and ultimately rescheduled for April 2022. Geter is especially pleased for his work to premiere at U-M, given that many of his teachers – including Dennis Zeisler and Frank Ward – and colleagues are Michigan alumni. He also cited his admiration for two internationally acclaimed Black opera singers who have taught at U-M: George Shirley, the Joseph Edgar Maddy Distinguished University Emeritus Professor of Voice, and the late Shirley Verrett, who was the James Earl Jones Distinguished Professor of Voice. “I’m so excited to hear the piece live for the first time,” shared Geter. “I can’t wait.”