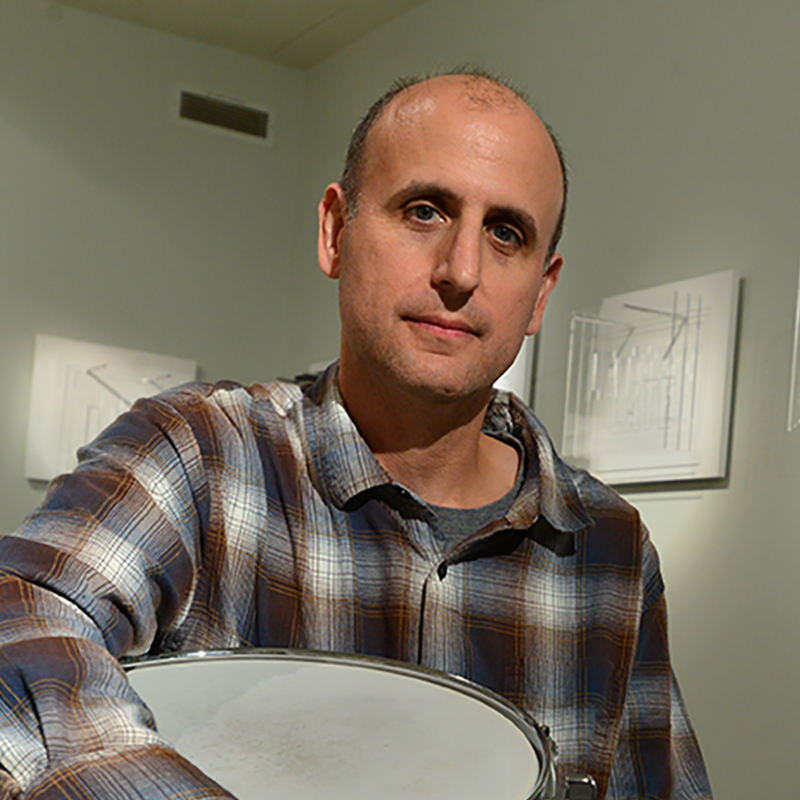 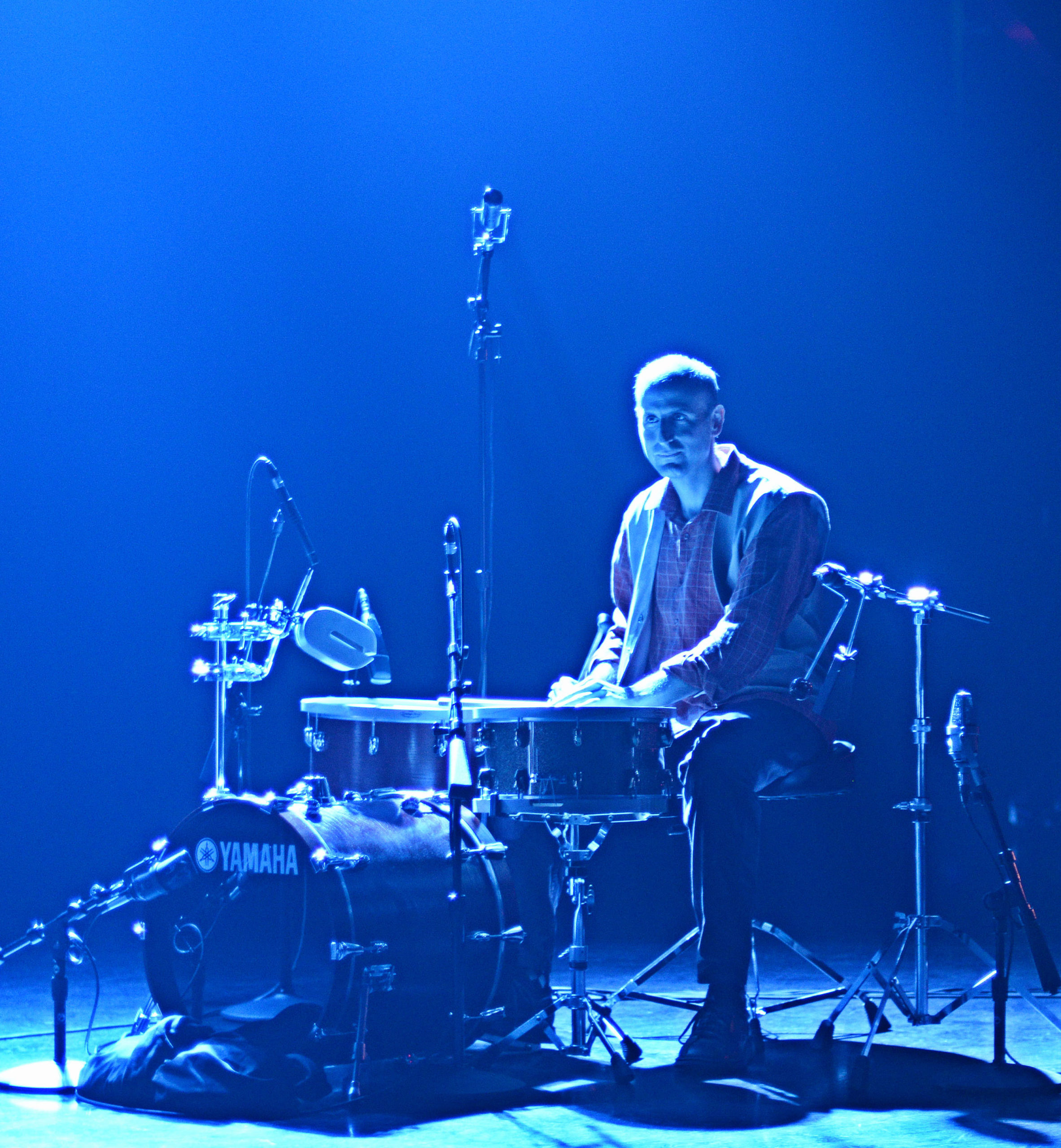 Michael Gould is a Professor of Music at the University of Michigan in Ann Arbor, Michigan and has received international recognition as a performer and scholar in the field of drumset, contemporary percussion performance and pedagogy. He is a faculty member of the Jazz and Contemporary Improvisation Department in the School of Music, Theater & Dance and the Residential College (College of Literature, Science and the Arts) at the University of Michigan. He is currently the Director of the University of Michigan’s Center for World Performance Studies. He is also a founding member of The Alberto Rojo Trio, which focuses on both traditional Argentinean folk songs and styles and new compositions.

Tell us about your position at Michigan
I teach percussion/drumset in the Jazz and Contemporary Improvisation Department. I also teach an Afro-Cuban drumming and a Found Instrument course at the Residential College/LSA. In addition, I am the Director of the Center for World Performance Studies. I have been at the SMTD since 1998. 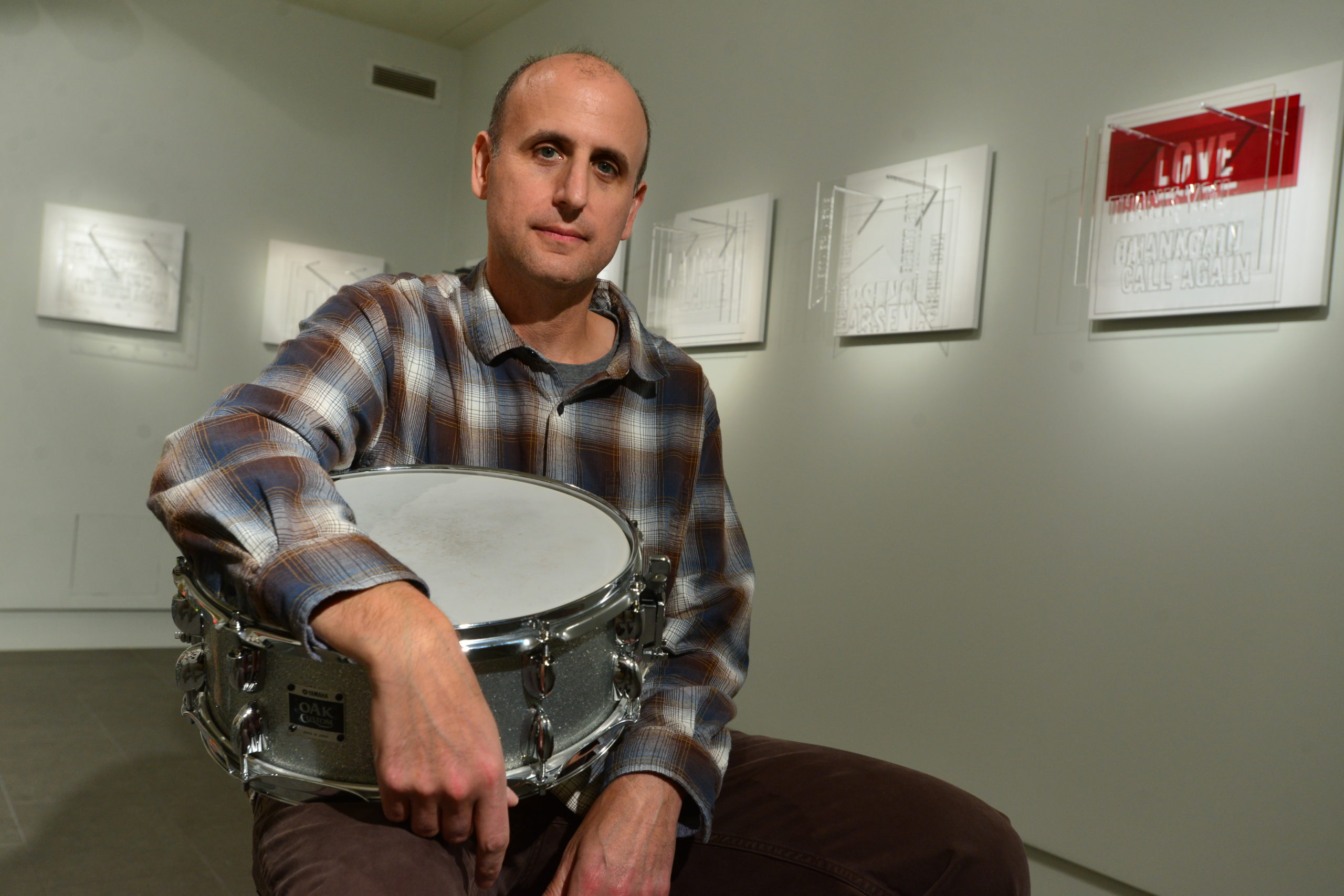 What projects have you recently completed/ are currently working on?
I just finished recording a large scale piece that I created entitled Transit based off of the artwork of Oliver Raszewski. Oliver is based in Berlin, Germany and asked me to create music for a re-installation of his work from 1992 by the same name, Transit. The artwork is centered on how viruses can inhabit large architectural spaces—it is quite apropos for our current situation! Raszewski used 60 different viruses blown up to an enormous scale and created sixty additional architectural spaces that blend both fantasy with his upbringing next to the Berlin wall on the west side of Berlin as inspiration. I spent the entire summer recording 160 tracks of music that is integrated into a standalone app that runs three different categories of sound simultaneously and randomly. The amount of possibilities are in the trillions and no one will ever hear the piece in the same way! This app will be used in the gallery space as well as for a dance performance. We are also currently working on having 60 dancers from around the world create dances to each of the tracks I created for the 60 viruses found in Oliver’s work. These will be compiled into a website for everyone to view. This is being organized by Tanz Tangente Dance company and school in Berlin, Germany, where I am the music director.

Have any of the social/political issues of the past few years influenced your work?
Very much so! I have been involved for several years on a large installation piece that deals with climate change called A World Without Ice. This is with SMTD Prof Stephen Rush and Nobel Peace Prize co-recipient and professor emeritus Henry Pollack. Whenever you deal with climate change it is inherently political. While we make no effort to change climate deniers minds we do provide a space for deep reflection on how our planet is rapidly changing. You can also hear a nice interview we did for the podcast Warm Regards on the project overall.

In 2016, I did compose/improvise a piece with Professors Malcolm Tulip and Amy Chavasse using speeches from both Donald Trump and Hillary Clinton. It basically combined the escalator speech with the basket of deplorables…it was a way for me to begin the journey in 2016 to try and make sense of what was happening. It helps that I can take out my frustrations on my drums.

What is special about Michigan?
The amazing thing about Michigan is its vast resources— physical resources and people. I always tell my students that if you can dream it up— can most likely make it happen here at UM. My students are my main motivation and remind me that indeed we are all lucky to inhibit this amazing space here at UM. I also treasure my colleagues and draw a lot of inspiration from what they do in their creative spaces. I also love the fact that the SMTD situates itself in the midst of an R1 institution and that I draw my own creative energy from people far afield of my own…these types of collaborations make this place very special.

Share a favorite Michigan and/or SMTD memory.
I think one of my favorite memories of working here was taking all of my students to Cuba through the generosity of a donor. It really drove home to my students the music and culture happening outside of the US and how that can inform their own music and perspective of self and place. It was an amazing trip and I use this picture of all of us in the water for the cover of my studio handbook. 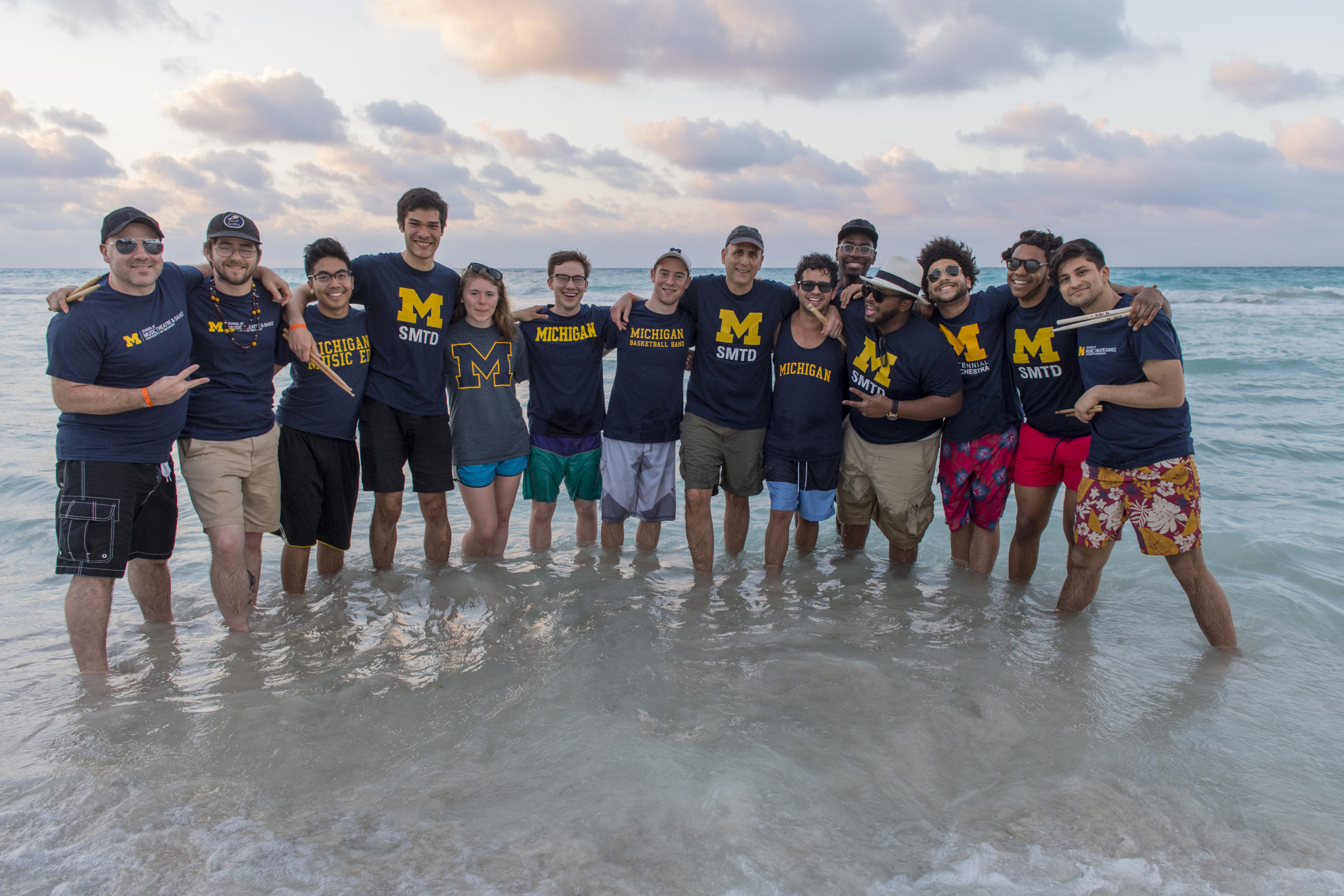 What are you passionate about outside of your research/art?
I am a biking fanatic. I was sick for quite a long time and while I was sitting in a hospital room in France–I saw the Tour de France on television. I vowed when I was able to I would get on a bike and pedal my way back to health. I did that and then some. I have managed to ride up all of the major climbs in the Pyrenees and a bunch in the Alps. Biking has a lot of cross over to playing music…the cadence of one’s pedaling and the meditative qualities tie both together for me with the added benefit of staying healthy.

What is on your current (or recent) reading/ watch/ listen list?
Oh boy–how much time do we have? My listening list is LONG! I am going to make a list of ten tunes that come directly from the last week of listening/teaching etc–no curating! So, everyone can see the insanity.

Also, I am a NYT junky…for those who know me–they have probably received multiple emails with articles that I have read in the paper that I felt they would be interested in…I am a forwarding nut when it comes to the paper.

Any additional thoughts/ questions/ statements.
Be kind. Go on a walk outside with no devices or headphones. Listen.

Michael Gould can, and will, make music out of literally anything and everything.

The world of Michael Gould

The sounds of Michael Gould