See the “Auditions | Eligibility” and “Tuition | Fees | Scholarship” sections below for more information on MYCS’ 2023-2024 Season. Feel free to contact SMTD Engagement & Outreach Staff via email (smtd-youthandadult@umich.edu) if you have any questions.

*NOTE: Dates and times for MYCS 2022-23 Season Events are subject to change 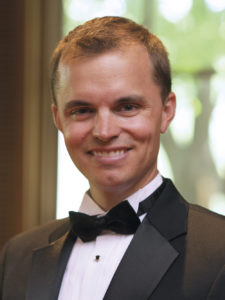 Regarded as a leading conductor and pedagogue in the U.S. and abroad, Mark Stover shares his passion for people and building community through pursuing the highest levels of artistry. He joined SMTD in 2018 as associate director of choirs, conducting the Men’s Glee Club and the University Choir, teaching undergraduate conducting, and serving as the conductor of the Michigan Youth Chamber Singers.

Stover has been featured as a conductor and pedagogue throughout the United States and abroad and has led ensembles in Ukraine and France. In 2014, Stover guest-conducted the famed St. Olaf Choir and led the ensemble in performances throughout the Midwest. Upcoming guest engagements include 2018 Together In Hope Project, a professional touring choral ensemble from the Twin Cities who will travel to perform several concerts in Rome, and the 2019 Interscholastic Association of Southeast Asian Schools in Singapore. 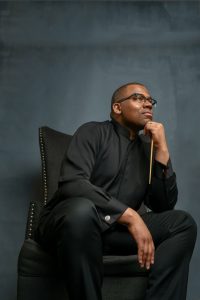 A two-time Michigan Emmy Award winner, a 2017 Sphinx Medal of Excellence recipient, and a 2015 GRAMMY® Award nominee, Eugene Rogers is recognized as a leading conductor and pedagogue throughout the United States and abroad. Dr. Rogers is the founding director of EXIGENCE. Recently, he was named as the fifth Artistic Director of the two-time GRAMMY® Award-Winning Ensemble, The Washington Chorus (Washington, D.C.). At the University, Rogers leads the graduate choral conducting program, conducts the chamber choir, and administers the program of over eight choral ensembles. His choirs have toured throughout China, South Africa, the United States, and have appeared at national and regional conferences. In 2016, Rogers’ passion for issues of social justice and music was featured in the award-winning documentary Love, Life and Loss which highlights Joel Thompson’s powerful Seven Last Words of the Unarmed, and in 2013, he co-managed the production of the joint CD Ye Shall Have a Song with the Michigan, Yale, and Harvard Glee Clubs, a collaboration celebrating America’s three oldest collegiate choirs.

Please be on the lookout for updates regarding 2023-2024 Michigan Youth Symphony Chamber Singers Applications!

Need-based Scholarship
A limited number of need-based scholarships are available to families with an Adjusted Gross Income (AGI) of $100,000 or under in the previous calendar year, or with special circumstances due to the pandemic. To be considered you must upload your financial aid materials by the application deadline as part of your application. This includes:

Refund Policy
Full refunds of MYE tuition are only available before the first regularly scheduled rehearsal of the current concert season. Those wishing to learn more about the MYE Refund Policy can do so by clicking here: SMTD Engagement and Outreach refund policy