Home » Alumni » A Voice for Change 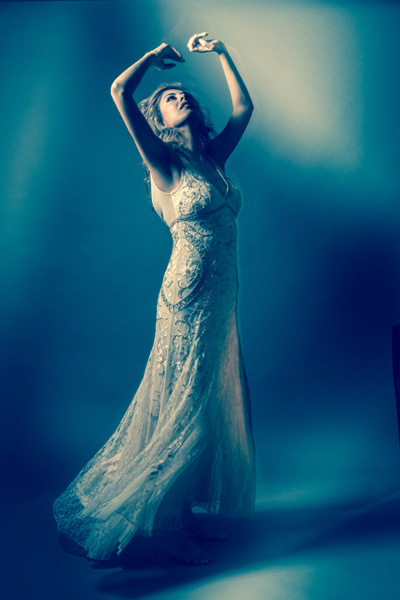 A Voice for Change

Carla Dirlikov Canales (BA ’02) has many questions. An internationally celebrated mezzo-soprano, she is on a quest to connect the dots between performing artists and service: Who do we serve? Are we getting into communities at large? How can we reach underserved communities? How can we use culture to create social impact and social change? How can we measure impact? What is the metric for success?

This combination of artistic and civic excellence has earned Canales a University of Michigan Bicentennial Alumni Award, to be presented at the Winter 2017 commencement ceremonies. She is one of 20 recipients (five of them SMTD graduates), all strong leaders who have graduated within the last 20 years and “whose achievements carry on Michigan’s traditions of intellectual creativity and academic endeavor, of civic engagement, and of national and international service.”

The first singer ever to win the prestigious Sphinx Medal of Excellence, Canales was recently selected by the Chinese government to be one of the recipients of the China 1000 Talents Award, through which she will be a guest artist with the China National Symphony Orchestra over the course of three years. She has appeared at Avery Fisher Hall, Carnegie Hall, the Kennedy Center, the Spoleto Festival, Glyndebourne Opera, Belgium’s Opéra Royal de Wallonie, and China’s National Center for the Performing Arts and Guangzhou Opera House, among many others. She is also one of the world’s leading interpreters of the title role of Bizet’s Carmen, which she has sung more than 80 times in 12 countries.

But at the height of her singing career, Canales began exploring ways she could be an ambassador for her art form and also make an impact on communities. In time, she launched a not-for-profit organization, The Canales Project, specializing in “giving voice to issues of identity and culture through music and conversation.” The U.S. State Department named her a Cultural Envoy for her decades-long advocacy work with youth, and she was appointed to the President’s Committee for the Arts and the Humanities’ Turnaround: Arts initiative. This progressive program appoints celebrated artists-from Paula Abdul to Yo-Yo Ma-to partner with some the nation’s lowest-performing schools to help transform them through comprehensive and integrated arts education. Canales now regularly works with schools in Concord, California and Broward County, Florida.

For these activities and others, Canales was the first opera singer to be named by Foreign Policy Magazine to its prestigious annual list of the year’s 100 Leading Global Thinkers.

“I think of being an artist as a role beyond being an entertainer,” said Canales. “I think artists have the potential to be educators and healers and certainly advocates. And I believe fundamentally in the power of the arts to change people and make the world a better place.”

The road to melding artistic excellence with social service is rooted in Canales’s heritage. An Ypsilanti native and the daughter of a Mexican mother and a Bulgarian father, both immigrants, her multicultural background led to what she half-jokingly calls “a permanent state of cultural confusion.” She learned English in school and spoke both Bulgarian and Spanish at home, helping her parents to learn English and assimilate to America.

“It’s really common for the first-generation child to confront those challenges head on. But in a way, those skills really gave me a lot of traits that I use as a musician. As artists, we’re constantly navigating different waters, and, in essence, translating. It’s a skill that stayed with me as an artist.”

Canales received excellent training in her high school choir program and attended Interlochen Arts Camp in the summer. That’s where she met Jerry Blackstone (SMTD professor of conducting and director of choirs), who encouraged her to audition for SMTD. She was accepted and, thanks to scholarship support, was able to pursue her dream.

At Michigan, Canales found an extraordinarily supportive environment, beginning with her studio professor, the late Shirley Verrett. “She was not just a voice teacher, she was a mentor,” said Canales. “She taught me how to think about music, how to think about a role; she taught me so much about acting. And of course she also taught me about being a good human being: how to be kind to others, to deal with challenging work situations, to dress for rehearsals. She really went so far beyond her obligations and embraced me in a way that, to this day, fosters my own sense of responsibility and sense of duty to do the same for those that I have the opportunity to influence or mentor.”

A second critical mentor was Kenneth Fischer, former president of University Musical Society (UMS). Canales interned at UMS and said the experience helped her determine her future at a time when, unlike today, there was little curricular emphasis on entrepreneurship. “I was not entirely sure what my path would be as a singer, but I knew I wanted to be in the arts. The UMS family became a hub for me to explore the entrepreneurship model-arts for social change, arts administration-that didn’t exist when I was at U-M.”

The third prong of support at Michigan came when Canales was permitted to take a diploma program at the Conservatory of Paris to expand on her language skills, something she felt would be critical to her success. She was allowed to take the year off and then return to finish her degree without jeopardizing her scholarship, for which she remains grateful.

Canales got her first big break at age 23 in Toronto when she was asked to fill in as Carmen when the scheduled singer was unable to perform. It was a role that she was destined to play-as a child her favorite “game” was playing Carmen, dressing up one brother as the bull and the other as the bullfighter. She would go on to become a “go-to” artist for the role, to great international critical acclaim. She has also frequently played Flora in La Traviata and Maddalena in Rigoletto, among many others.

While her stage career was blossoming, Canales was also traveling to Mexico to work with orphans and to China to work with disabled children; and she was giving voice lessons to people who had not had any exposure to classical music. That was when she started asking the big questions that have since guided her career, especially, “How can we as artists do better, how can we do more?

In 2014, as she began seeking the answers to these questions, Canales learned that she would be receiving the Sphinx Medal of Excellence, which comes with a cash award of $50,000.

“I really saw the prize as a sign, and also a huge responsibility,” she said. “There’s a description of the award that points to leadership. I thought, ‘Well maybe I need to use this moment and this opportunity as an impetus to become a leader and try to provide opportunities.'”

Over the following year, Canales became involved with a number of organizations, including TED and the Aspen Institute, and engaged in important conversations about issues of identity. She discovered that feeling like an outsider with one’s own cultural identify, as Canales did, is now increasingly common among Americans. She rattled off a statistic by memory: “By 2020 the majority of kids 18 and under in our country will be considered minority; by 2043, it’s predicted that the country will be shifting to a minority majority.”

These facts supported her desire to create The Canales Project (TCP), whose tagline is “Creating Connections Through Culture.” Thanks to contacts she made in her year of exploration-her “listening tour”-she was able to launch the project in 2016.

“I had no idea if it would be successful or even stay in shape after a year,” said Canales. “But we came up with a series of projects, both art-specific and educational, for which we engaged artists who had a desire to be activists and had a passion for issues of identity. We’ve provided them with paid opportunities to advocate for the arts and use the skill sets that mainstream classical platforms may not allow them to use.”

Under the TCP umbrella, three programs have evolved, collectively building a roster of events throughout the U.S. They were realized through strategic partnerships with organizations such as Carnegie Hall Weill Music Institute, New York Live Arts, National Sawdust, the National Gallery of Art, TEDx MidAtlantic, Vital Voices, and the Boys and Girls Clubs.

Meanwhile, Canales also played an integral role in founding and developing The CultureSummit, an annual event launched last April in Abu Dhabi. Described as “the world’s first truly global cultural leadership forum,” the high-level conference brings together leaders from the worlds of government, the arts, and the media to address the role culture can play in addressing some of the greatest challenges of our time. Canales serves as artistic director and a Steering Committee member, curating performances, selecting and inviting participants, and determining the content of what will be discussed.

“We’re living at a time when we have a surplus of artists, and a social deficit of the intrinsic values that artists bring to the table, such as discipline, imagination, creativity, but also compassion and empathy,” said Canales. “So how can we use artists to solve social problems? To me that’s all about partnerships, creating collaborations, that’s part of what I’m trying to help bridge, both through the Canales Project and the CultureSummit.”

Canales returned to SMTD in October to teach a master class and also, through the School’s EXCEL (entrepreneurship and leadership) program, to lead a discussion on how to “take an idea and turn it into something that can be a source of revenue and a source of pride.” She relished the opportunity to share what she’s learned as a singer, an entrepreneur, and an arts and social justice advocate.

“I feel very passionately about wanting to give back,” she said. “Because the education that I got at Michigan has been the fundamental basis for everything that I’ve gotten to do beyond.”

By Marilou Carlin, director of communications and editor of Michigan Muse.