Theodore Morrison, former director of graduate studies in conducting, began his professional career at the age of 19 as organist-choirmaster at Baltimore’s Cathedral of the Incarnation, a post he held for ten years. In 1967, he founded the Baltimore Choral Arts Society, which under his direction became one of the foremost community choral ensembles in the United States. During his sixteen seasons with the Society, he frequently guest conducted the Baltimore Symphony Orchestra, the Concerto Soloists of Philadelphia, and the Pro Musica Rara. He was director of choral music and conductor of the chamber orchestra at Peabody Conservatory of music from 1975 to 1978, and held a similar post at Smith College from 1981 to 1987. In 2001, Morrison introduced several new graduate courses in choral literature and score study at the U-M School of Music, Theatre & Dance, where he had taught since 1987.

As a composer, Morrison’s music includes an overture, a symphonic poem, chamber pieces for winds and strings, a synagogue service for chorus and chamber orchestra, several large works for chorus and orchestra, a sonata and a set of variations for organ, three song cycles, and numerous smaller choral pieces. Presentations of his major works have included performances by the Choral Arts Society of Washington with the National Symphony Orchestra in the Kennedy Center, the Milwaukee Symphony Orchestra, the Cincinnati May Festival Chorus with the Cincinnati Brass, the Norman Scribner Choir, the Orphei Dränger Chor of Uppsala, Sweden, and a premiere under his direction at the Aspen Music Festival. A CD recording of Morrison’s organ and choral works has been released on the Equilibrium label. In 2002, the eminent duo of countertenor David Daniels and pianist Martin Katz premiered Morrison’s song cycle “Chamber Music” (on poems by James Joyce), in a twelve-city American tour, concluding in Carnegie Hall. 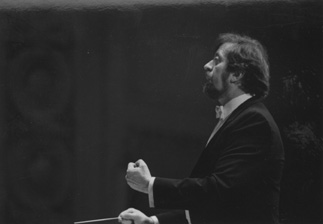