Stephen Rush has had premieres on five continents and has released many publications of his musical compositions. He has written six operas, over 50 works for dance, chamber and electronic works, concertos, and three symphonies, performed by the Detroit Symphony and the Warsaw National Symphony.  He has authored two books, including Free Jazz, Harmolodics and Ornette Coleman. Rush has recordings on Nessa, Pi, Innova, ESP-Disk’, Equilibrium, Deep Listening, Centaur, MMC, RogueArts (Paris), Eroica, Summit, and CALA Records (with the New York Philharmonic Chamber Musicians).

Rush is a professor of music at the University of Michigan, where he founded the Digital Music Ensemble (DME) which he has directed for 25 years. DME has worked with Pauline Oliveros, Elliott Sharp, Alvin Lucier, and Robert Ashley, and premiered works by John Cage, Philip Glass, and La Monte Young.

He collaborates with virtually every ensemble at SMTD, having written scores for the University Symphony, University Choir, Trombone Ensemble, as well over 100 scores for dance.

Rush has also taken over 130 students to India every summer since 2005, where they study music, dance, and yoga for one month. There they study, one-on-one, with gurus who are deeply committed to the cultural traditions of India. 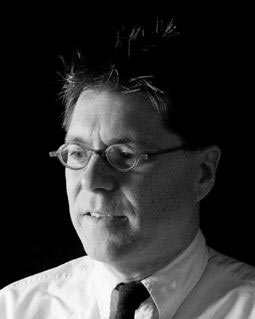 “Far Away and Its Ok”