Jason DeBord was appointed to the Department of Musical Theatre faculty in September 2014 and was promoted to Associate Professor in 2020.

Jason DeBord was the resident music supervisor for both the Broadway and national tour productions of Once – The Musical and cast the production of the show in Seoul, South Korea. His Broadway credits also include Shrek, Priscilla: Queen of the Desert, Rock of Ages, Legally Blonde, All Shook Up, and Rent among others. Other New York credits include Bare – The Musical, Fat Camp, Bat Boy – The Musical, Radio City Christmas Spectacular, The New York Pops at Carnegie Hall, Cathedral of St. John the Divine, City Center Encores!, and countless developmental productions of new works. In the summer of 2020, he served as segment producer for the St. Louis Muny’s Online Variety Hour. He also created new dance, vocal and song arrangements for the revised version of Lerner & Loewe’s Paint Your Wagon, which was produced at the 5th Avenue Theatre in Seattle, the Ordway Theatre in St Paul and the St. Louis Muny.

DeBord played and conducted the national tours of A Chorus Line, Rent, and Urinetown – The Musical. His playing is featured prominently in the 2009 Sony Pictures Classics release Every Little Step, and he has played on multiple recordings for stage, film and television. Regionally, DeBord has worked on new musical theater productions at the Old Globe Theatre, La Jolla Playhouse, A.C.T., the Alliance Theater, and the 5th Avenue Theater.

From 1993-94, DeBord served as an accompanist in the Vocal Music Department at the University of San Diego; he has also taught at the McCarter Theatre, San Diego Junior Theater and the American Theater Wing’s Springboard program. He has served multiple guest artist residencies in the theatre department at the University of Colorado – Boulder. DeBord has coached private vocal and piano students and provided audition training and master classes throughout his career. He served as music director for Music Academy International’s summer musical theatre intensive in Mezzano, Trentino-Alto Adige, Italy from 2016-2019. DeBord was proud to share credit for the design of the SMTD minor in Musical Theatre Composition with his colleague Catherine A. Walker in 2019. 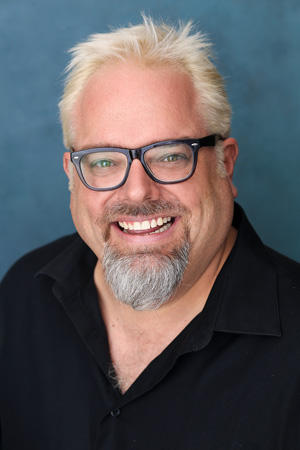