Ed Sarath divides his time between teaching, scholarship, performing, composing, recording, speaking, and spearheading leadership initiatives that aim to bring an expanded vision of creativity and consciousness development to musical study and education at large.

Sarath is a professor of music in the Department in Jazz & Contemporary Improvisation, of which he was the founding faculty member and chair (1987-2007), at the University of Michigan School of Music, Theatre & Dance (SMTD). He is also director of U-M’s Program in Creativity and Consciousness Studies, an interdisciplinary network of colleagues interested in the inner workings of creativity and its foundations in consciousness. He founded and serves as president of the International Society for Improvised Music, an organization devoted to promoting awareness of the importance of improvisational studies in musical training and improvised music in today’s diverse world.

His most recent book, Improvisation, Creativity, and Consciousness: Jazz as Integral Template for Music, Education, and Society (SUNY/Albany, 2013), is the first to apply to music principles of an emergent, consciousness-based worldview called Integral Theory to music.  His prior book, Music Theory Through Improvisation: A New Approach to Musicianship Training (Routledge, 2010) is based in his design of an innovative approach to core curriculum musicianship training that he has taught for 20 years. He is a co-author of a book called Creativity, Diversity, and Integration (Routledge, 2016) which follows his work as lead author of the report of the College Music Society Task Force on the undergraduate music major. He is co-editor of a collection of essays called Contemplative Approaches to Learning and Inquiry (SUNY/Albany, 2014). He designed the BFA in Jazz and Contemplative Studies, the first degree program at a mainstream academic institution to include a significant meditation and consciousness studies component. He founded and serves as president of the International Society for Improvised Music.

Sarath has presented master classes in improvisation at music schools and conservatories around the world. He delivered the keynote address at the first meeting of the Society for Consciousness Studies, has addressed several hundred leaders of music schools at annual meetings of the National Association of Schools of Music, and is a frequent speaker at conferences and symposia around the world. Recent travels include appearances in Melbourne, Shanghai, Helsinki, and Lisbon.

He is a fellow of the National Endowment for the Arts (three-time NEA fellow, twice in performance, once in composition), the American Council of Learned Societies, the Ford Foundation, the National Center for Institutional Diversity, and the MacDowell Colony.  He is the recipient of the Harold R. Johnson Diversity Award at U-M. 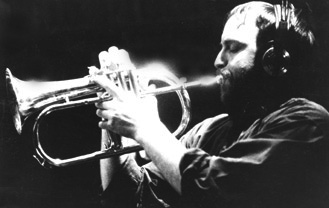