The Michigan Youth Percussion Ensemble (MYPE) welcomes percussionists from across the region to work with U-M Percussion faculty and graduate students in engaging, percussion-ensemble repertoire. MYPE students will gain experience on a variety of percussion instruments, as well as performing twice a season in a variety of performance halls of the University of Michigan campus, including Hill Auditorium!

See the “Auditions | Eligibility” and “Tuition | Fees | Scholarship” sections below for more information on MYPE’s 2023-2024 Season. Feel free to contact SMTD Engagement & Outreach Staff via email (smtd-youthandadult@umich.edu) if you have any questions.

*NOTE: Dates and times for MYPE 2022-23 Season Events are subject to change 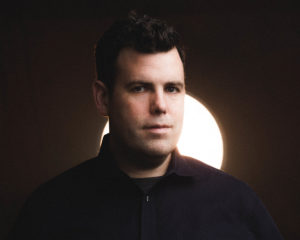 Doug Perkins is a percussionist, producer, and conductor declared a “percussion virtuoso” by the New York Times. He has appeared at venues of all types including Carnegie Hall and Lincoln Center to the Alaskan Tundra. Perkins premiered over 100 works and with such composers as David Lang, Paul Lansky, John Luther Adams, Tristan Perich, Christian Wolff, Sofia Gubaidulina, and Steve Reich. He founded So Percussion, the Meehan/ Perkins Duo, and performs regularly with Ensemble Signal, among others. Perkins’ acclaimed recordings can be heard on the Bridge, Cantaloupe, Harmonia Mundi, New Focus, New World, and Nonesuch labels.

Perkins is Associate Professor of Percussion/ Director of Percussion at the University of Michigan. He previously taught at the Boston Conservatory at Berklee, Dartmouth College, and was Director of the Chosen Vale International Percussion Seminar and endorses Black Swamp Percussion, Pearl/ Adams, Remo, Vic Firth, and Zildjian instruments, sticks, and mallets. 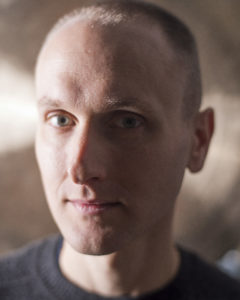 Percussionist Ian Antonio’s breadth of experience – concertizing across four continents with a wide variety of chamber ensembles, orchestras, experimental rock bands, avant-garde theatre companies, and as a soloist, conductor, and educator – has led him to develop a unique sound and approach to both performing and teaching. Ian is a co-director of the Wet Ink Ensemble, a collective of composers, performers and improvisers dedicated to adventurous music-making. He is also a member of the percussion ensemble Talujon and a former founding member of the piano percussion quartet Yarn/Wire and Zs. His playing is frequently featured at prestigious venues across the globe, including Lincoln Center, Brooklyn Academy of Music, Edinburgh International Festival, Barbican Centre, and Shanghai Symphony Hall. Ian’s recorded performances can be heard on over 50 albums released by the Nonesuch, Carrier, Kairos, Warp, Tzadik, and Unseen Worlds record labels, among many others.

Applications are now available for the 2023-2024 Michigan Youth Percussion Ensemble Season! In order to audition / apply, students must complete the following steps.

ELIGIBILITY
Students interested in the Michigan Youth Percussion Ensemble must be enrolled in grades 9 through 12 for the 2023-2024 academic year.

REFUND POLICY
Full refunds of MYE tuition are only available before the first regularly scheduled rehearsal of the current concert season. Those wishing to learn more about the MYE Refund Policy can do so by clicking here: SMTD Engagement and Outreach refund policy