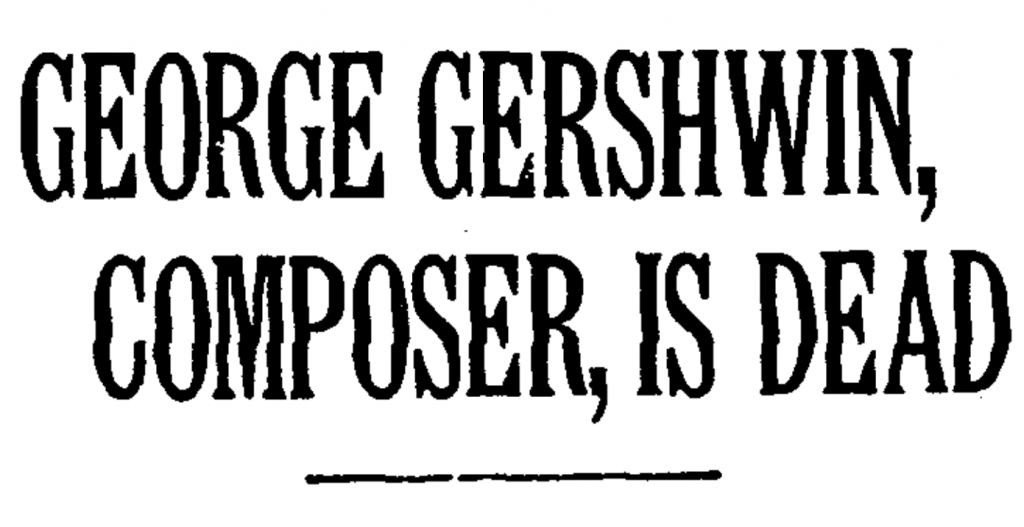 The startling news was emblazoned on the front page of the New York Times on Monday, July 12, 1937. George Gershwin had died that Sunday despite an emergency operation to remove a brain tumor and save the 38-year-old composer’s life. The news came as a complete shock: while he had suffered from what was deemed a “nervous breakdown” in the weeks preceding, the real source of his ailment was discovered in his final hours, and far too late.

In the days and weeks to follow, obituaries cropped up in newspapers across the country, as reporters and columnists scrambled to cover the tragic and unexpected loss of one of America’s biggest names in music. While there was no attempt to deny Gershwin’s astonishing fame and popularity, and almost every article made sure to mention his most famous work, Rhapsody in Blue, the tone of these articles—especially of those that made very early attempts to quantify his posthumous legacy—reveals that Gershwin’s reputation, while undoubtedly pervasive, was not always positive or agreed upon.

The Daily Boston Globe obituary from July 12, 1937, expressed a warm regard for “the street boy from New York,” choosing to paint Gershwin as an everyman, a hard-working achiever from the common stock, rather than a metahuman musical legend.

His success in giving the world a new and popular type of music was not all the outpouring of genius. Gershwin, from the day he first discovered the charm and power of music as he listened to an East Side piano until death came to him yesterday, was a tireless worker.  Instinctively, he was a “doer,” not a student.  He unfailingly kept active, rewriting his scores many times, jotting down at odd moments rhythms that flashed into his mind.  Although he believed that “one must let his ego flower in order to do any creative work,” he never lost his common touch when the plaudits of the world came to him; he never forgot the value of hard work and constant revision.

This earthy praise would have struck a chord with many of Gershwin’s fans who knew him best through his popular music. Starting in the mid-1920s, however, Gershwin had grown increasingly occupied with composing more serious, orchestral music. While writing An American in Paris he spent considerable time and effort in penetrating the European classical music circles, as Ira Gershwin’s 1928 travel diary faithfully documents. He undertook the ambitious task of writing a full length opera, Porgy and Bess. However, his career was bolstered by the success of his popular songs and musical comedies. In fact, at the time of his sudden demise, he was in Hollywood, working on songs for the upcoming film Goldwyn’s Follies. And since many of Gershwin’s songs from film and stage were marked by stylistic innovation and enduring popularity, it is small wonder that some thought it best to laud these popular achievements as the keystone of his career.

The Manchester Guardian obituary from July 12, 1937, takes on a cooler tone, lacing an overview of his musical contributions with the implication that he was more of a passing phenomenon than anything else.

Gershwin has often been hailed as the composer who gave the world “classical” jazz, and it is true that he used syncopation and piquant forms of harmonies that proved the possession of a talented and original musical mind. Jazz, which derived from Negro [black]  sources and later, owing to what is known as the “Tin Pan Alley” influence, flowered into various types of rhythmic and sensuous music, acquired by means of his clever manipulation subtleties of treatment which were certainly novel…Until his later years Gershwin did not do his own instrumentation, and the familiar “Rhapsody in Blue” is among things scored by his colleague Ferde Grofé.

But the Guardian writer wasn’t finished with subtly downgrading Gershwin’s life achievements, and proceeded to use the late composer’s obituary as a vehicle for commentary on the state of “modern syncopation.”

It is likely if Gershwin had lived longer his interest in jazz as applied to the “sound” films would have been reckoned more important to the world than are his compositions. Modern syncopation claims too much for itself, and even Gershwin’s brilliance in this line does not convince us that his art can be taken seriously in the concert-room.

The sentiments in this obituary may seem harsh, but contemporary skepticism of Gershwin’s compositional abilities, as well as his status as a “true” composer, was by no means uncommon. His reputation as a popular composer was largely to blame; many critics maintained the somewhat snide opinion that Gershwin’s commercial success undermined his status as a legitimate composer. A 1932 American Spectator article entitled “The Gershwin Myth” remarked that “[T]he new genius had worked an extraordinary miracle; he could make Art pay dividends.” The same article concluded that he was incapable of proper orchestration and most likely relied on the skill of others to finish his works. This was an accusation that Gershwin had to fight frequently, and his friends, like conductor William Daly (who publicly responded to the Spectator article), were quick to refute the rumors (Armitage, 1938).

But in the Manchester Guardian‘s defense, they were not the only news publication to use Gershwin’s obituary to speculate on the endurance of his contribution to music. In a second New York Times article, published a day later on July 13, 1937, the author attempts to take a measured look at how well Gershwin’s works will stand up in the annals of history. The piece lauds his prominence in the popular music sphere:

GERSHWIN, a born melodist, an artist of a rank and environment which made him well acquainted with the pulse of the people, had their ear, spoke to them in their musical vernacular. As a composer he bridged the gap between the cultured and uncultured music lovers of the nation as no one had done before him. In so doing he became a figure of great and even lasting importance in our national music.

But the writer is not so sure that, as they put it, “the great American composer, full-fledged though newly born, had arrived”:

In some respects the report was greatly exaggerated. In other respects its provisions held true. This also is to be realized. GERSHWIN expressed not only himself but a phase, as he knew it, of his America…It sang of the big city and the big boom when every boot-black joyously played the market, and every one danced. It did not go deep in the emotional sense, and was not expected to. And usually GERSHWIN was most original when he tried least to be so.

Like the other obituaries, the article concludes that while the late Gershwin was a popular success in his own right, he had more of a tenuous position as a serious American composer.

Essentially symphonic style and proportions, or the formal and emotional dimensions of music drama, were not for him. In a way he solidified his position as an American composer to be taken with marked respect and seriousness when he composed his Concerto in F for WALTER DAMROSCH and the New York Symphony Society… But he did not grow creatively, either here or in his “folk opera,” “Porgy and Bess,” which is utterly innocent of primitive passion, elemental tragedy, or anything of real dramatic import.

GERSHWIN could go just so far. Some think that he would have created more greatly if death had not prematurely claimed him. It is questionable if his real achievement was not completed. He gave a new rank to popular music. He contributed potently to a phase of evolution through which a national art must pass. And he provided his public with much felicitous and delightful music. He will long be remembered and he will hold a permanent position in the record of American music.

Perhaps in this last paragraph, the initial reluctance to assign too much glory to Gershwin’s legacy can be understood, for America’s music was truly undergoing a “phase of evolution” during the composer’s time. Gershwin’s music rode the crest of this evolution, from the 1924 debut of Rhapsody in Blue at a concert engineered to lend credibility to jazz in the eyes of critics, to Porgy and Bess, which undertook the formidable task of incorporating regional American music into the grandiose form of opera. Even his popular works innovated, using new sophistication in syncopation and melody to stretch the boundaries of what a hit Broadway tune could be. But as American composers were struggling to gain prestige, especially compared to the classical music culture of Europe, a sensation like Gershwin, a hybrid composer of both what may be called highbrow and low-brow music, was a direct threat to the starched-collar ideals.

In the early 1920s American composers struggled to find their place in the musical world, wanting to be known for their mastery of the great symphonic forms, rather than for their popular idioms, like jazz. American composers couldn’t come to terms with Gershwin’s legacy until they came to terms with their own position in the classical (European) music world. Ironically, it was exactly this type of hybridity that was embraced by the French Avant-garde, like Les Six, and became a calling-card of American music that composers across the continent sought to emulate.

These oft-candid obituaries are indicative of Gershwin’s uncertain status in the eyes of critics. In his own time, he was caught in the grey area between “popular” and “serious” composer, and in later years many would come to the conclusion that he was both, or that those definitions were not as dichotomous as once believed.

At the very least, we can confirm that his art has indeed been “taken seriously in the concert-room,” and, as is evidenced by the ambitious efforts of the Gershwin Initiative itself, will be for a very long time. 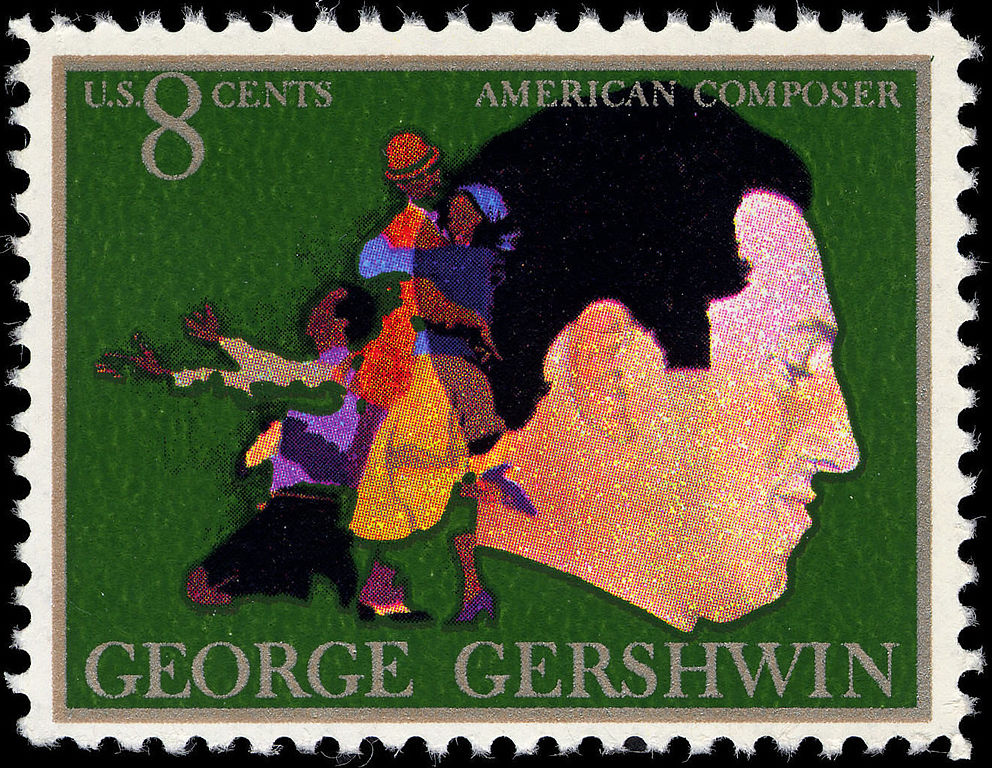 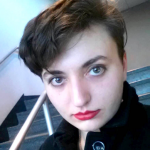