Reintroducing the Sopranino Saxophone to Rhapsody in Blue: Interview with Saxophonist Edward Goodman

The Grofé orchestration of George Gershwin’s Rhapsody in Blue calls for a wide range of saxophones, including one of the smallest members of the family–the sopranino. U-M DMA saxophonist Edward Goodman played the sopranino in our 2014 test performance and came by our office to talk about it. 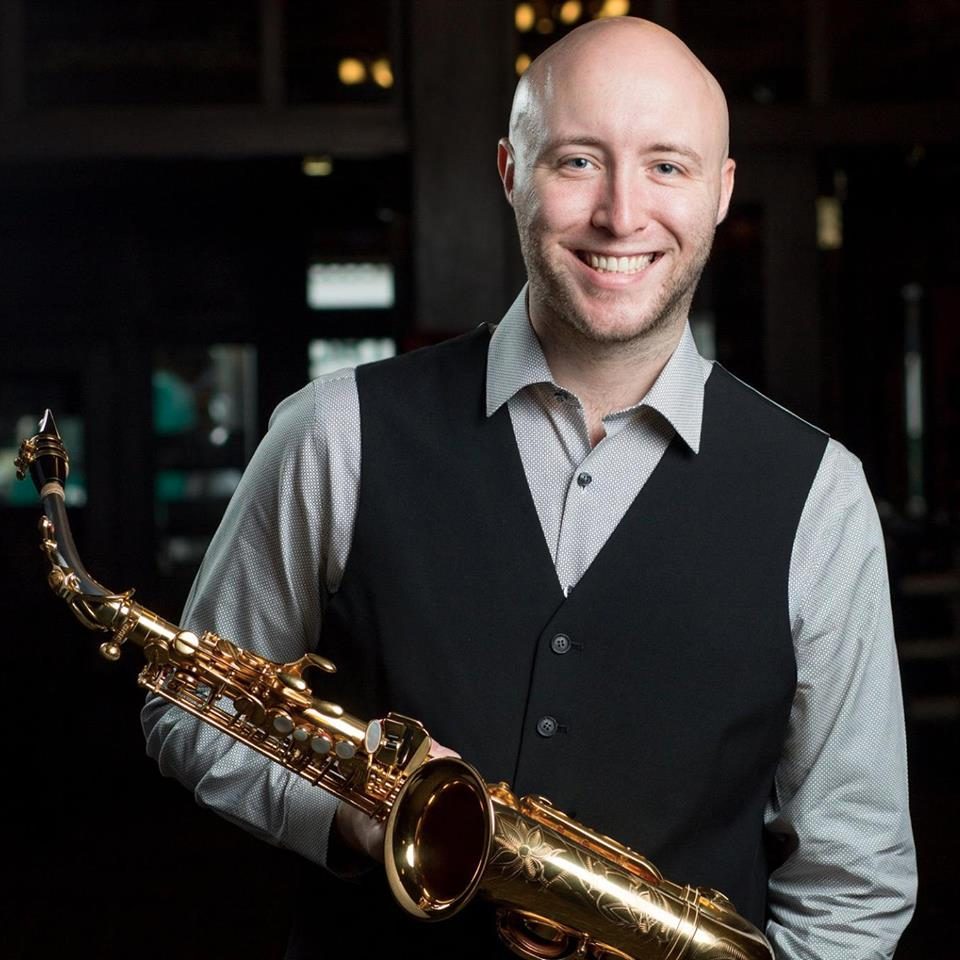 While the day-by-day in the Gershwin office has us predominantly editing musical notes on a page, live performances—like the one that just took place with the Reno Philharmonic—are a vital part of the critical edition process. Test performances are in many ways our dress rehearsal, pulling all the parts together and making certain everything is perfect. The U-M University Symphony Orchestra performed an early draft of Rhapsody in Blue in October 2014. One of the special elements of this performance was the restoration of the original instrumentation Ferde Grofé used when orchestrating George Gershwin’s score for the Whiteman band. As part of this the original saxophone assignments were reintroduced, which included a sopranino saxophone, played by Edward Goodman.

The sopranino is one of the smallest members of the saxophone family, and is used in Rhapsody in Blue in duet with one of the largest—the baritone saxophone. The sopranino, as Edward explained to us, is in a range that could be compared to very high altissimo register of an alto sax, but the sopranino doesn’t use the alternate fingerings the altissimo range of the alto would require. 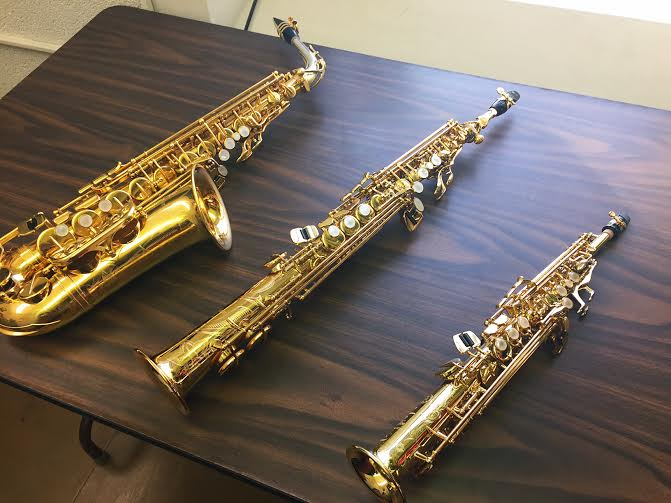 Alto, soprano, and sopranino saxophones, side by side.

In the following interview, Edward tells us more about the sopranino, shares some of his experiences with Gershwin’s music, and talks about Gershwin’s impact on the saxophone repertoire. He even plays a bit!

Edward is well-versed in the history of the saxophone and chatted about it as we set up our cameras. He noted that one of the first places Adolph Sax’s creation found a niche was within the French Military bands, where the saxophones reinforced the band’s sound. By the early twentieth century the saxophone had already crossed the pond and was being featured in John Philip Sousa’s march bands and, of course, in jazz. Gershwin’s Rhapsody in Blue (1924) and An American in Paris (1928) drew on the saxophone during its peak in the “Sax Craze Era.”

Edward is completing his DMA in saxophone here at the University of Michigan, and is a teaching assistant to the Grammy award-winning saxophonist Dr. Timothy McAllister. He has performed around the country and the globe, and recent notable engagements include Milton Babbitt’s All Set in Miami, Florida, with the New World Symphony, conducted by Jeffrey Milarsky; and SaxOpen in Strasbourg, France–both as a soloist and with his vaudeville saxophone sextet The Moanin’ Frogs.

On Monday, March 28th, at 8pm in the McIntosh theatre here at the University of Michigan, for his third and final dissertation recital, Edward will be presenting a modern vaudeville show featuring The Moanin’ Frogs, Phil Ogilvie’s Rhythm Kings, Liz Ames, Erin Morris and her Ragdolls, and Malcolm Tulip.

The critical edition of George Gershwin’s Rhapsody in Blue (1924) is currently in process, lead by Dr. Ryan Bañagale.

Kristen Clough is currently pursuing her PhD in Musicology at the University of Michigan. She has published on the operas of Francis Poulenc and researches the intersections of music, politics, and religion in 20th century France.  She joined the Gershwin Initiative team this fall as Coordinator of Public Musicology and Education Outreach.