From the Archives: Operatic Rights for Porgy and Bess

Having piqued the interest of Porgy author DuBose Heyward, George and DuBose correspond to secure the operatic rights of the pending opera. Take a look at George’s May 20th, 1932, letter to DuBose provided by the South Carolina Historical Society.

1932 was a productive year for the Gershwins. The Boston Symphony Orchestra premiered George’s Second Rhapsody in late January, George composed Cuban Overture in June and July, and the brothers’ Of Thee I Sing became the first musical to win a Pulitzer Prize. In the midst of all this, George and Porgy author DuBose Heyward were working towards getting an operatic adaptation of Porgy on its feet.

Excerpt from May 20th, 1932 letter from George Gershwin to Dubose Heyward [see full transcription below]. Published with the permission of the South Carolina Historical Society.

George had reached out to DuBose in March of the same year, renewing his interest in collaborating on an opera based on DuBose’s novel Porgy (see our earlier post on this here!), and the two men quickly worked to attain the operatic rights. George had experienced problems with securing dramatic rights in 1929, when he learned that the operatic rights for The Dybbuk, a tragic play about Jewish lovers, were already in the hands of an Italian composer, leaving George without an opera to compose for the Metropolitan Opera. DuBose had also already received other inquiries about making his novel into a musical comedy, featuring the famous singer and comedian Al Jolson, and although DuBose found these offers unattractive, George might have felt the need to quickly obtain the rights to Porgy before another offer came along. 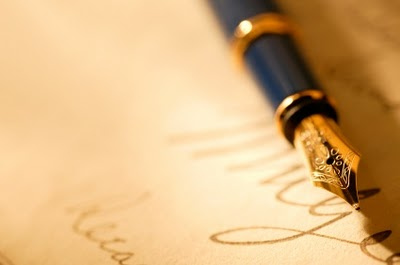 A letter from George to DuBose dated May 20th, 1932, reveals that securing the rights has been completed at this point—and George is already trying to fit the opera’s composition into his busy schedule. Since the young composer had a tendency to excitedly overcommit himself and his whirling, creative mind, George expresses in the letter to DuBose his inability to dedicate time to the opera until January of the following year. Between his travels to Havana in June, the premiere of Cuban Overture in August, and preparing his Songbook collection for publication, George simply didn’t have the time. In the meantime though, he writes that he has plans to reread Porgy multiple times in the summer and “see what ideas I can evolve as to how it should be done.”

George wasn’t able to start composition of the opera’s score until 1934 because of his many other commitments, including a performance tour around the country and a new radio series with NBC. Porgy and Bess finally took to the stage for its premiere on September 30th, 1935.

I was very glad to have your letter telling me that the operatic rights to “Porgy” are free and clear.

Of course there is no possibility of the operatic version’s [sic] being written before January 1933. I shall be around here most of the summer and will read the book several times to see what ideas I can evolve as to how it should be done. Any notions I get I shall forward to you. I think it would be wise for us to meet – either here or where you are – several times, before any real start is made.

This letter from George Gershwin to DuBose Heyward was obtained from:

Frances Sobolak is an undergraduate student at the University of Michigan pursuing a Linguistics major and Music minor. She joined the Gershwin Initiative team in the fall of her sophomore year through the university’s undergraduate research opportunity program.