Shannon Gillen is the founder and artistic director of New York’s visionary new dance company VIM VIGOR. Gillen is one of NYC’s most sought after choreographers with an established and passionate audience following and commissions at prestigious national and international venues. Through a prolific body of work that galvanizes the body’s potential to express intellectual and emotional concepts, Gillen has pioneered a recognizable artistic language that possesses heroic physicality, electric emotional life, and cinematic imagery that illuminates and heightens the narrative imagination. She was recently championed by Deborah Jowitt as ‘vastly gifted’ and VOGUE Magazine called her work ‘mesmerizing’. Recent creations and educational commissions for Gillen include the B12 Workshops in Berlin, the Ruvuelo International Festival in Chile, with New Dialect in Nashville, the Lines Training Program in San Francisco, the University of Michigan, NYU Tisch School of the Arts, Springboard Danse Montreal, Manhattanville College and VIM VIGOR’s summer program in August. This past year she created a new work for Benjamin Millepied’s L.A. Dance Project and at the b12 Festival in Berlin. She is currently a choreographer in residence at Princeton University.

Gillen danced with the Johannes Wieland Company at the Staatstheater Kassel, Germany as a full time company member. She danced in 56 international performances and was singled out in the press for being ‘in top form, a feat of strength’ (HNA, German News). While dancing in Germany, Gillen burst into the choreographic scene receiving 3rd Prize at the International Solo-Tanz Competition in Stuttgart and commissions at the Mainfranken Theater Würzburg and the TIF Theater in Kassel. She was also selected as a THINK BIG choreographer in residence with the Staatsoper in Hannover, creating a piece that premiered at the TANZ Theater International Festival. In Fall 2014 she returned to the United States to found VIM VIGOR and has since toured the world with the company.

Gillen’s awards and honors include:
* choreographer in residence at Princeton University (2018/19)
* commissioned to create a new work for L.A. Dance Project (2018)
* commissioned to create a new work for the b12 Festival in Berlin (2018)
* selected to perform in Chile with the Ruvuelo International Workshops and Festival (2017)
* invited to return to teach at the b12 workshops in Berlin (2016/2017/2018/2019)
* selected with VIM as the artist in residence at the Lobero Theatre with DANCEworks in Santa Barbara (2016)
* selected with VIM to tour to the PRISMA Festival in Panama (2016)
* selected by Hubbard Street’s International Commissioning Competition (2015/2016)
* selected as a Principal Company to the prestigious Springboard Danse Festival in Montreal (2015/2016/2017/2018)
* the THINK BIG residency fellowship in Hannover (2014)
* 3rd Prize in dance at the Solo-Tanz Festival in Stuttgart with Germany tour (2014)
* special mention as a choreographer of note in The Brooklyn Rail (2014)
* recognition as one of the top 20 artists in Brooklyn Magazine (2013)
* Residency with Random Collision/Grand Theater in Groningen, NL (2013)
* awarded the Dean’s Fellowship at Tisch School of the Arts/NYU (2012/2013)
* the first emerging artist selected by Christopher Wheeldon for the Steps Repertory Company (2012/2013)
* commissions for PULSE Art Fair in NYC and Miami as part of Art Basel (2011/2012)
* Artist in Residence with The Stella Adler School of Acting (2011)
* Swing Space Artist with the Lower Manhattan Cultural Council (2010)
* Finalist in the A.W.A.R.D.S. Show! at Joyce SoHo (2010)
* Artist in Residence at LMCC’s Swing Space (2009)
* Artist in Residence at Dance New Amsterdam (2009)
* Fresh Tracks Artist with Dance Theater Workshop (2009)

Gillen graduated from The Juilliard School with her BFA (2003) and from Tisch School of the Arts/NYU (2013), where she was awarded a full fellowship to obtain her MFA. Dedicated to the advancement of movement based education, Gillen is a leading contemporary dance teacher with a large following of dancers in both the professional and higher education arenas. She holds faculty teaching positions at SUNY Purchase College and Princeton University. She is a regular guest teaching artist at The Juilliard School, The Hartt School, and New York University/ Tisch School of the Arts. She also established a new platform for dance theater education in NYC with VIM VIGOR, with ongoing classes, workshops and intensives. 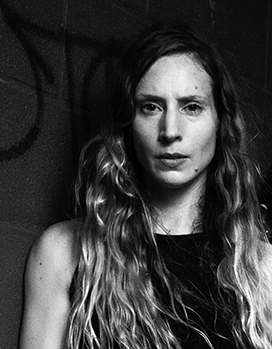