Robert Swedberg works to develop the skills of the singing-actor through the Opera Studio program at the University of Michigan, where he also regularly directs mainstage opera productions and teaches The Business of Music. He has also developed and taught Yoga for Performers. Since his first year at U-M in 2008, he has also produced ‘Green Opera’ productions on campus, making University of Michigan the first in the U.S. to create eco-friendly opera by taking steps to lower the carbon footprint in rehearsal and performance.

From 1990 through 2007, Robert Swedberg was the general director of Orlando Opera, responsible for the artistic direction and management of one of the largest opera companies in the Southeast. Prior to that, he held positions as general director of Syracuse Opera; manager/artistic director of Opera Carolina; and director of educational projects and assistant stage director of the Seattle Opera and Pacific Northwest Wagner Festival. During his tenure at Syracuse Opera and Orlando Opera, and in adjunct appointments at Syracuse University and the University of Central Florida, Professor Swedberg developed training programs that have helped many emerging performers make the transition from university programs to professional careers.

After entering university on a tuba scholarship, Robert Swedberg switched to vocal studies with a minor in theater, which led to several years as a professional singer and voice teacher. He has performed with New York City Opera, Long Beach Opera, the L.A. Philharmonic, Hidden Valley Opera, Seattle Opera, and the San Francisco Merola Program. He was a voice student of Dr. David Scott and studied Vocal Pedagogy with Elisabeth Parham. Mr. Swedberg became active as a stage director while on the Seattle Opera staff, where he was assistant director for the Ring Cycle from 1978-1982.

Since then, he has produced or directed more than 125 productions for several opera companies in the United States, including the double bill presentation of I Pagliacci and Carmina Burana for Orlando Opera, which featured choreographer Debra Brown and her troupe of Cirque du Soleil performers.  More recently, he has been working on the international stage, directing productions for companies such as the Macau Music Festival, and the Beijing Music Festival in China; Calvia Music Festival in Mallorca, Spain; the William Walton Music Foundation in Ischia, Italy; and at several theaters in Germany, including those in Hof, Bamberg, Pforzheim, and Bayreuth.

Professor Swedberg has BA and BM degrees from California State University, Northridge, and earned an MBA from the University of Central Florida. Additionally, Professor Swedberg has participated in Opera America Seminars from the Kellogg Graduate School of Management and the Wharton Management and Behavioral Science Center. He founded the Heinz Rehfuss Singing-Actor Awards, was a co-founder of the ”Negro Spiritual” Scholarship Foundation, and hosted Opera with Robert Swedberg on 90.7 WMFE-FM, for over 15 years. He was on the Board of Directors of OPERA America from 2002-07 and continues to be active as a consultant for the National Endowment for the Arts. He is also a certified yoga instructor and is the author of the book Yoga for Performers. 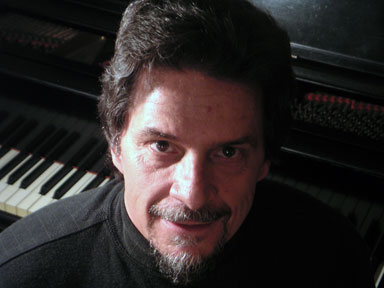