Robert Culver is a strings specialist who has been a key figure in the development of school orchestra programs throughout the United States. As one of the most sought-after consultants, clinicians and conductors in the field of music education, Professor Culver has been invited to forty-seven states and twelve countries. He has given sessions at international workshops in Graz, Lausanne, Lyon and Honolulu. His video and manual, The Master Teacher Profile, are widely used in school districts and teacher training institutes. As a conductor he has been active in 36 all-state orchestra festivals and in many more regional activities.

Countries that have asked for feasibility studies, program evaluations and staff development activities include Australia, Israel, Italy, Switzerland, Canada and many states within the United States.

He served on the faculties of the National String Workshop in Madison from 1984 to 1990 and the International String Workshop since 1980. He is a former violist with the Rochester Philharmonic, the Detroit Symphony and the Hughes Quartet of Ohio State University. Prior to joining the faculty, Mr. Culver was string specialist in the Corvallis (Oregon) public schools, orchestra director in the Springfield and Salem (Oregon) public schools, member of the Ohio State University faculty and conductor of youth orchestras in conjunction with the Columbus Symphony. 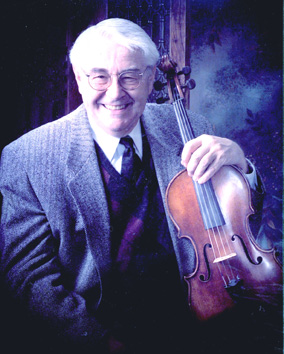