Philip Kerr, who received his bachelor’s cum laude from Harvard and certificate from the London Academy of Music and Dramatic Art, has appeared on Broadway in Macbeth, Otherwise Engaged, The Jockey Club Stakes, Tiny Alice, A Flea in Her Ear, and Three Sisters, and at Carnegie Hall opposite Dame Judith Anderson in Hamlet. Off-Broadway he has appeared at Playwrights Horizons, Manhattan Theatre Club, CSC, and Roundabout Theatre. Kerr has also performed in more than 20 American and Canadian regional theatres and festivals, including seasons at the Guthrie Theatre, the American Conservatory Theatre, and the American Shakespeare Theatre at Stratford. He has appeared on NET, the BBC and network television, is the recipient of Chicago’s Jefferson Award for best actor, and has directed at the St. Louis Repertory Theatre, Clarence Brown Theatre, Washington’s Folger Theatre, Cleveland Play House, and Connecticut’s Centennial Theatre. 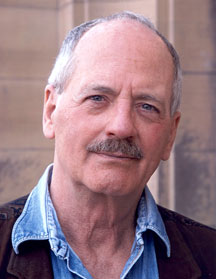