Paul Boylan served as Dean from 1979-2000 and was University Vice Provost for the Arts during that time.  He joined the faculty in 1965 and was active as teacher of music theory, as chamber musician and accompanist, and as administrator. He was director of the University and All-State divisions of the National Music Camp at Interlochen from 1971-1975.

Boylan holds the degrees BMus and MMus from the University of Wisconsin – Madison, and a PhD in musicology from Michigan. Boylan’s principal research, teaching, and performance interests were centered on 19th-Century lieder, particularly the music of Hugo Wolf.

He has been active in several organizations, reading papers and leading seminars He held offices in the American Musicological Society, Music Teachers National Association, and National Association of Schools of Music, among others. He served as consultant for several states’ board of regents for universities, and conservatories throughout the United States. 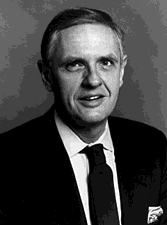