Born into a musical family consisting of an orchestral conductor and a soprano in Chengdu, China, Lydia Qiu began piano lessons at age four. In her home city, she entered music school and received formal musical training for six years.  At age 18, Qiu moved to Beijing and worked as a piano accompanist for the vocal and opera department of the Central Conservatory of Music. It was in Beijing that she decided to pursue a career as a collaborative pianist and vocal coach. Between 1986 and 1996, Qiu performed actively in Beijing, collaborating with the most notable vocalists in China.

Qiu came to study in the United States in 1996. In a few short years, she received degrees from Capital University and College-Conservatory of Music in Cincinnati. But it was not until entering the University of Michigan to study with the renowned collaborative pianist Martin Katz did her dream finally come true. Katz has had such a profound influence on Qiu’s career that she now finds herself applying his teaching philosophy and work ethics every day.

Post graduation, Qiu furthered her study in summer programs and festivals. She was invited to participate in the Cleveland Art Song Festival, German for Singer and Collaborative Pianist in Vermont, Songfest in California, and Franz Schubert Institute in Austria. She had studied with master teachers such as John Wustman, Rudolf Jansen, Helmut Deutsch, Julius Drake, Rudolf Piernay, Robert Holl, Elly Ameling, and Deen Larsen. From Europe to the U.S., Qiu has received rave reviews for her artistry and musicality.

Today, Qiu works for the University of Michigan School of Music, Theatre & Dance as a vocal coach, staff accompanist, and the coordinator of accompanying services, overseeing the accompanying needs for all vocal, wind, and string studios, classes, and choral ensembles.

Despite relocating to Michigan, Qiu has remained committed to working in China. In recent years she taught at Central Conservatory, China Conservatory, Shanghai Conservatory, Tianjin Conservatory, Shandong Normal University, and Sichuan Conservatory in her hometown Chengdu. During these visits, she conducted master classes for both voice and accompanying students, gave lectures on vocal literature to voice teachers, taught diction classes, and performed in recitals with her students.

Qiu resides in Ann Arbor, Michigan with her husband Feng Jiang, a talented violinmaker, and their daughter Anda. 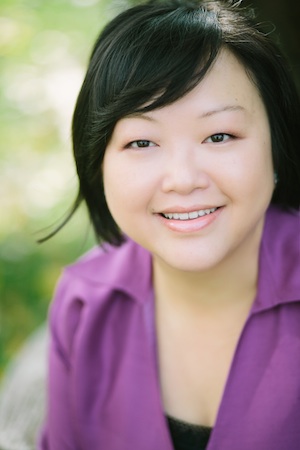