Khita Whyatt has been in the injury prevention and rehabilitative fields of Rolfing, Pilates, and somatics education since 1983. She joined the University of Michigan’s Department of Dance in 2008 as a lecturer of anatomy, kinesiology and somatics and has been a guest lecturer since 1996. Khita’s passion is to bring the science of fascial and functional anatomy to the mind and the mind’s awareness to the body in motion. Teaching how we are put together and translating the science into an embodied experience for injury prevention and rehabilitation is her claim to fame. As she says, “It is so exciting when the “aha” happens”.

Khita has been a mover most of her life, beginning as an elite athlete in both national and international competitions during the seventies and eighties. She has a degree in classical Japanese art and dance from Kinki Joshi Daigaku, Iizuka Japan and a BA from the University of Colorado, Boulder in Japanese and Asian Studies. The span of her physical career has been in private practice as a Rolfer and Pilates professional, working in collaboration with and educating medical and movement professionals, athletes and dancers in the United States, Europe and Asia. Her academic career has focused on teaching anatomy and writing curriculum for movement certification programs and body therapy institutions.

Khita’s Native American traditions have influenced not only HOW she lives life, but HOW she embodies her teaching. There is a process and a circle of becoming aware and embodied in whatever it is that we are learning. Learning via mind, body and psyche cannot be separated from each other if one wants to evolve.

Khita is the inventor of the Bodhi Suspension System and its curriculum and was issued a patent in 2012, number US 8,088,053 B2. She created Pilates certification programs and owned Core Grace Pilates Studio in Ann Arbor Michigan.

Khita is currently writing curriculum and an anatomy book for The Center For Women’s Fitness for an international diploma program in somatics for the female body. 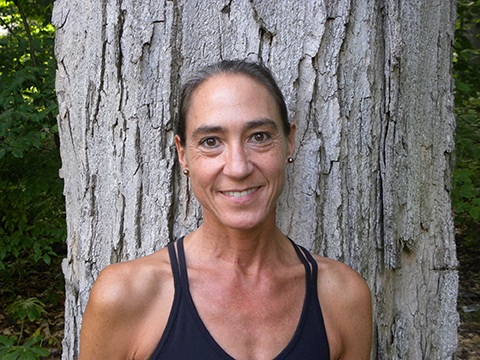