Kevin Korsyn, who earned his Ph.D. at Yale University, is Professor of Music Theory at the University of Michigan. His book Decentering Music: A Critique of Contemporary Musical Research (Oxford University Press, 2003) was the subject of a symposium at the University of Ljubljana in 2009; essays from this symposium were published in Approaches to Musical Research: Between Practice and Epistemology (Peter Lang, 2012). The book incorporates perspectives from queer studies, feminism, critical race theory, psychoanalysis, deconstruction, political philosophy and other fields to explore repertoires as diverse as Islamic chant, the Mexican-American orquesta, and the music of Chopin.

His new book project, Imagining Fragment X: Completing Bach’s Art of Fugue, under contract to Oxford University Press, describes his process in completing Contrapunctus 14, the unfinished fugue from Bach’s Die Kunst der Fuge. His completion was published in Music Theory & Analysis in 2016 and has been widely performed and recorded by Craig Sheppard and Margaret Philipps. Korsyn’s completion is a scholarly commentary on The Art of Fugue, but in the form of music rather than words. By writing a musical commentary that is a creative response to Contrapunctus 14, he hopes to foster more imaginative forms of criticism that combat the academic tendency toward abstraction.

He has received awards for both research and teaching, including the Emerging Scholar Award from the Society for Music Theory and the Distinguished Faculty Award from the Michigan Association of Governing Boards; in 2003 he was elected a Senior Fellow in the Michigan Society of Fellows. He was one of the founders of Theoria, a journal of historical music theory, and has remained on its editorial board since its inception; he has also been served on the boards of other distinguished journals, including Music Theory Spectrum, MTO (Music Theory Online) and Indiana Theory Review. He has served on a number of award committees, including the Lewis Lockwood Award Committee, the Henry Russel Awards Committee, the AMS Publications Committee, the SMT Publication Awards Committee, and he has worked as an advisor and referee for several foundations. He was the co-editor of a special issue on music and psychoanalysis for Muzikoloski zbornik/Musicological Annual, and recruited contributions from a number of leading scholars, including Slavoj Zizek, the great Slovenian philosopher. His articles and reviews have appeared in a number of leading journals, including JAMS, Music Theory Spectrum, Music Analysis, Music Theory & Analysis, BACH: Journal of the Riemenschneider Bach Institute, Beethoven Forum, Intégral, The Musical Times, Theoria, Notes, and elsewhere. He has given a number of keynote addresses at major conferences, including the Harvard Graduate Forum, Music Theory Midwest, Conference of the Dutch-Flemish Society for Music Theory/Royal Society for Music History of the Netherlands/Royal Society for Music History of Belgium, and the Centennial Conference of the Societé française de musicologie. As the co-chair of the Provost’s Council on Student Honors from 2005 to 2015, Korsyn worked to recruit and mentor underrepresented minorities who are eligible for the Rhodes and Marshall Scholarships; he has continued this work as a member of the Rhodes/Marshall Committee. 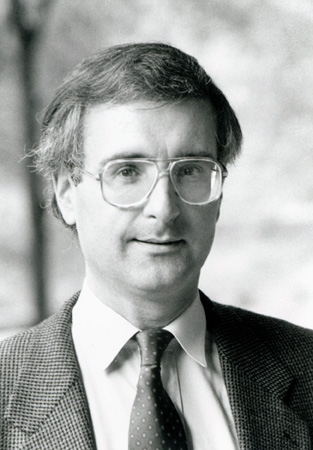