Karen Wolff served as the fifth dean of the School of Music, Theatre & Dance from 2000 to 2005. Wolff brought to the University of Michigan her national prominence and widely acknowledged success in leading major programs and schools of music. In the spring of 2003, she was appointed by President Bush to the National Council on the Arts, an advisory body to the National Endowment for the Arts, for a six-year term.

She was dean and professor of music at the Oberlin College Conservatory of Music from 1991 to 1999 before coming to SMTD. Wolff has dedicated over ten years of service to the National Association of Schools of Music. She has served on that group’s Executive Committee and as a NASM accreditation reviewer. She also has served on the boards of the Minnesota Orchestra, the Minnesota Opera, the Minnesota Composers Forum, the Greater Twin Cities Youth Orchestra, and the Ohio Chamber Orchestra. She currently serves on the Boards of the University Musical Society and the Michigan Shakespeare Festival.

A music educator, Dr. Wolff served from 1987 to 1991 as director of the School of Music at the University of Minnesota. From 1978 to 1987, Karen Wolff was a faculty member at the University of Cincinnati’s College-Conservatory of Music where she also served as Acting Dean and Associate Dean for Academic Affairs.

Wolff’s research has focused on the impact of music education on children’s intellectual and social development in areas outside of music. One of Wolff’s interests is in helping artists and performers understand the public policy issues related to the arts.
“In addition to developing the skills needed for artistic, teaching and scholarly success in the arts, students must be able to contribute to the debate about the place of the arts in society. It is critical that graduates of the School of Music assume leadership positions in their communities to ensure the future of the performing arts,” says Wolff. 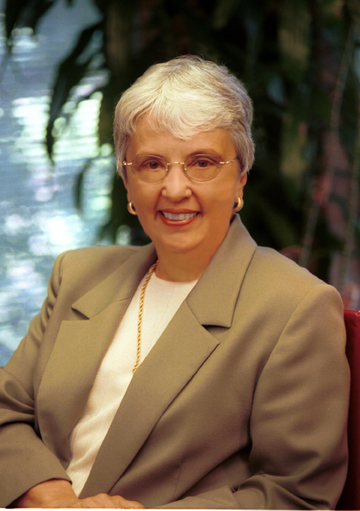