Judy Rice is a graduate of the National Ballet School of Canada and has performed extensively across the U.S. and Canada including the Joffrey Ballet, the National Tap Dance Company of Canada, and American Ballet Comedy. She is the inaugural recipient of the SMTD Teaching Excellence Award and am the Co-Founder and Director of Alpha Dance Convention. She has 30 years experience teaching for regional companies and festivals as well as Company Dance, DMA, DEA, CNADM, SADM, 3D Dance Network, The Joffrey Ballet School, The Joffrey Ballet, Steps, and the Dance Teacher Magazine Summer Conference.  Rice has been a judge for ADA, and HEADLINERS, and has been on the faculty for Dance Masters Teacher Training School, CNADM training school, NUVO, 24Seven and ASH Productions.  She was a contributing writer to Goldrush magazine.

In May of 2000, Rice co-founded Behind Barres with pianist Paul Lewis and producer Rob Martens. To date they have produced 11 albums of ballet class music, have had their music featured on ABC’s hit show Lost, and have released seven educational DVDs.  Rice’s television credits include Fame, All My Children, The Tonight Show Starring Johnny Carson, and The Great American Dance Challenge.  Since 1990 she has been an associate professor of performing arts at the University of Michigan and has been on the faculty at Broadway Dance Center, Pace University, and Peridance in NYC.  Rice has also been an ambassador for Lululemon Athletica.  Most recently she has served as private ballet coach for Katie Holmes and Amy Adams and as a collaborator to Tyce Diorio for his choreography for Fox television’s So You Think You Can Dance. 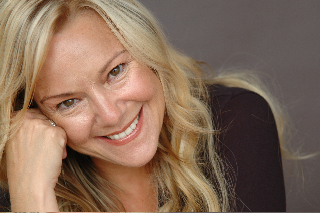