Jillian Hopper is assistant professor of dance at the University of Michigan School of Music, Theatre & Dance and is Artistic Director of The Dance Legacy Project at Michigan alongside creative partner Prof. Christian Matijas-Mecca. She specializes in the dance technique of Doris Humphrey with the aim of preserving the technique for future generations as a Trustee of the Doris Humphrey Foundation, UK (England). Hopper also focuses her physical practice around methods of embodiment for the purpose of increasing empathy and sensitivity in practice and performance. These skills have assisted Hopper as a director of the DLP and a regular rehearsal director for U-M for many guest works. She has taught professionally for Hillsdale College, Eastern Michigan University, Middlesex University (London, UK) The Place (London, UK) and Northern School of Contemporary Dance (Leeds, UK). As rehearsal director for U-M, Hopper has had the pleasure of rehearsing guest works by Ohad Naharin, Richard Alston, Lucinda Childs, Urban Bush Women, Alessio Silvestrin, and Shannon Gillen (Vim Vigor) among others.

Hopper received her BA (hons) choreography from Middlesex University London, UK (2007) and her MFA Dance Performance from the University of Michigan (2012). She is on the board of directors for ConteXture Dance Detroit. In her own work, Hopper explores ritualistic movement concepts with an emphasis on nature’s powerful spirituality. She has performed in works by Monica Bill Barnes, Sidra Bell, Danny T. Reid, Tracy Halloran, and many of her own compositions throughout the Midwest and Europe. 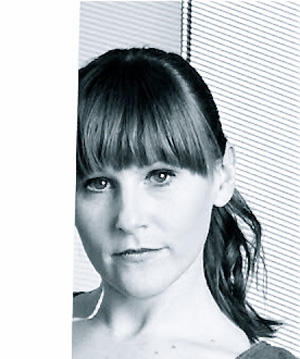