Jane Fulcher received her MA and PhD from Columbia University. She teaches courses and seminars that focus on 19th and particularly 20th-century music within its larger cultural, social, political, and intellectual contexts. A specialist in French music, she is especially interested in the relation between music and cultural theory from a sociological, anthropological, historical, and literary perspective.

Fulcher is also the editor and contributor to Debussy and His World (Princeton University Press, 2001) and The Oxford Handbook to The New Cultural History of Music (hardcover, 2011; paperback re–issue, 2013); co-editor and contributor to Opera and Society in Italy and France from Monteverdi to Bourdieu (Cambridge University Press, 2007); and co-author of Musica E Ideologia nella Francia di Debussy E Altri Saggi (Ravenna: Carta Bianca, 2014).

Professor Fulcher has been awarded fellowships for individual research from The American Council of Learned Societies, The National Endowment for the Humanities (twice), the Wissenschaftskolleg zu Berlin (Institute for Advanced Study, Berlin), the Centre National de la Recherche Scientifique (Paris), and the National Humanities Center. She was the Edward T. Cone Member in Music Studies at the Institute for Advanced Study in Princeton, New Jersey in 2003-04.

Fulcher has given invited lectures and participated in conferences throughout the United States and Europe, and has three times been invited to be visiting professor at the École des Hautes Études en Sciences Sociales, in Paris. 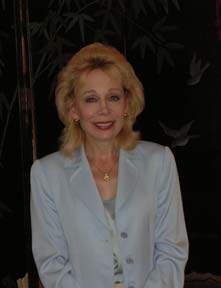