Jerry DePuit spent twelve years in New York City, where he worked as a vocal coach at New York University, the American Academy of Vocal Arts, and privately. As a musical director-pianist, he has worked for many New York cabarets and theatrical organizations, including the Manhattan Theatre Club and the Player’s Club. He has also been musical director of and performed with numerous regional theaters, including twice for the Smithsonian Festival of American Folklife in Washington, D.C.

DePuit has appeared nationwide with cabaret artists, and on both the Today and Tomorrow shows telecasts. His work as an arranger has been heard on recordings, in numerous pops concerts, at the Metropolitan Opera House, and Radio City Music Hall. He has orchestrated three original musicals, including A Wonderful Life by Joe Raposo and Sheldon Harnick; arranged and orchestrated several full-scale revues and many smaller ones; helped reconstruct the original score of Love Life (a 1948 musical by Kurt Weill and Alan Jay Lerner); and has written many new arrangements of extant works, both choral and instrumental. He is an accompanist, arranger/orchestrator, and vocal coach at Michigan. 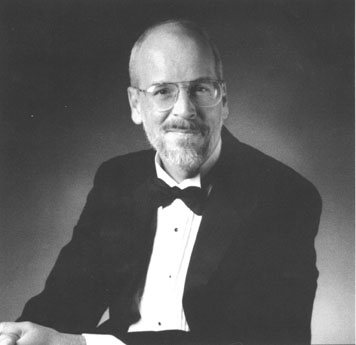