Mezzo-soprano Freda Herseth performs a diverse repertoire, including over 40 operatic roles, chamber music, oratorio, and numerous premieres of new works throughout Europe and the United States.  She sang to critical acclaim with Riccardo Muti and La Scala Opera Orchestra in the premiere of …and a time for peace by Pulitzer Prize–winning composer, Richard Wernick.  The Munich Abendzeitung lauded her as “a mezzo-soprano discovery” for her performance in the title role of La Cenerentola, directed by Brigitte Fassbaender.  She has performed several times in Israel: as alto soloist in Mendelssohn’s Elijah with the Be-er Sheva Orchestra; Beethoven’s Ninth Symphony; and the world premiere of Shirat Ma’ayan by Jan Radzinsky with the Haifa Symphony Orchestra.  She has sung at the Opéra Bastille in Paris, Stuttgart Opera, and Moscow Conservatory in Russia, and has performed new works with Warsaw Autumn in Poland, Steirischer Herbst in Austria, the Klagenfurt New Music Ensemble, Neue Vokalsolisten, the Frankfurt Symphony, Munich Philharmonic, and the Stuttgart Philharmonic in the world premiere of William Bolcom’s Songs of Innocence and Experience.  Of her performance of Boulez’s Le marteau sans maître, the Philadelphia Inquirer wrote: “Mezzo- soprano Freda Herseth was a bit of a miracle, lyrically navigating the jagged Boulez vocal lines and coloring the surreal text with a vocal richness I’ve heard in no other Boulez interpreter.”

Herseth has received many awards, including a Wagner Stipend from the Richard Wagner Society of Bayreuth, Fulbright/DAAD, Van Lawrence Award from The Voice Foundation, an Honorary Doctor of Music degree from the University of Puget Sound, and an Arthur F. Thurnau Professorship from the University of Michigan. She has recorded solo works with CRI, Naxos, Albany, Southwest German Radio, Italian Radio, Austrian Radio, and Israeli Radio.

A professor of music (voice) and Arthur F. Thurnau Professor at the University of Michigan, she is also a voice training specialist with the U-M Vocal Health Center.  She has taught at the Brancaleoni Music Festival in Italy, Brevard Music Festival, Cleveland Institute of Music, and the Eastman School of Music. Master Classes include Indiana University, Northwestern University, Westminster Choir College, Cleveland Institute of Music, and the Sonderborg Music School, Denmark. 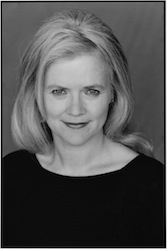