Donald Sinta was formerly on the faculties of the Hartt School of Music and Ithaca College. He is active as soloist and clinician throughout the United States and Canada. His recording American Music for the Saxophone is known throughout the world. Mr. Sinta has premiered more than 40 works by American composers, and in 1969 he was the first elected chair of the World Saxophone Congress. He is director of the All-State Program at Interlochen and the Michigan Youth Ensembles Program.

Professor Sinta held an Arthur Thurnau Professorship, an award for outstanding instruction at the undergraduate level.. Mr. Sinta may be heard on William Walton’s Façade with the Lincoln Center Chamber Players and George Crumb’s Quest with Speculum Musicale of New York City. 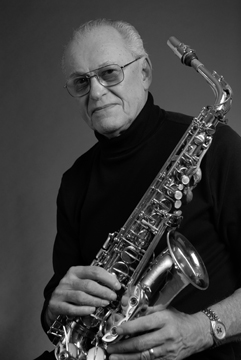