Daniel A. Washington is a bass-baritone and tenured Professor of Music (Voice) at the University of Michigan School of Music, Theatre, & Dance, and an Honorary Professor (Humanities) at the University of Cape Town, South African College of Music. An award winning artist, teacher, mentor, scholar, and administrator, Washington is an expert on African American classical music and spirituals, Porgy and Bess, and diversity in the arts. He graduated with a Master of Music in Vocal Performance from Northwestern University in Evanston, IL, where he received the Chramer Scholarship for Excellence in Opera. Washington received a Bachelor of Music in vocal performance from Furman University in Greenville, SC. He was an apprentice at the Oglebay-Goldovsky Opera Institute and a member of the International Opera Studio of the Zürich Opera House, as well as a guest vocal instructor at the Luzern Conservatory of Music in Switzerland.

An active performer, Washington’s career has taken him to the world’s major opera houses and concert stages. Highlights of Washington’s operatic career include his Royal Opera Covent Garden debut in Strauss’ Die Frau ohne Schatten, conducted by Bernard Haitink, as Jochanaan in Salome at the Teatro Massimo in Palermo, Sicily, and as Porgy at Theater des Westens (Berlin) in the highly acclaimed production directed by Götz Friedrich. He also created the role of Steven Biko in the world premiere of the opera Biko for the Royal Opera’s Garden Venture Project and performed the title role in King, The Musical at the Piccadilly Theatre in London.  He has also appeared at the Zürich Opera, Hamburg State Opera, and Opéra Comique in Paris. Concert versions of Porgy and Bess include the Berlin Philharmonic under Sir Simon Rattle, Montreal Symphony under Charles Dutoit, Detroit Symphony, Oregon Symphony, London Symphony, and the Tonhalle Orchestra Zürich. Washington sang in the world premiere of the song cycle Angel of Dreamers by Eric Ewazen with the Michigan Chamber Players and the Detroit Chamber Winds and Strings, and portrayed Balthazar in Gian Carlo Menotti’s Amahl and the Night Visitors, directed by the composer. He has appeared in concert with the Ann Arbor Symphony, Bournemouth Symphony, Royal Stockholm Philharmonic, the Milwaukee Symphony, Royal Liverpool Philharmonic Orchestra, Bayerische Rundfunk, Rotterdam Philharmonic, and Czech Philharmonic. As a recitalist he has appeared in Germany, Austria, and Switzerland, as well as the Spoleto Festival USA, the Moja Festival and the Colour of Music Festival (Charleston, SC).

Professor Washington is an elected member of Pi Kappa Lamba National Honor Society and the Honor Society of Phi Kappa Phi. He has received awards for artistry, including the First Prize in the International Voice Competition of Toulouse, First Prize in the International Competition of Lyric Singing in Verviers, and the Bad Hersfeld Opera Prize. His recordings include the critically acclaimed Nobody is Somebody, a CD of songs by black composers from the early 20th century, a recording of Spirituals, “Songs my Mother Taught Me,” the Baritone Solo in Appalachia by Frederick Delius, conducted by Charles Mackerras, Pizarro in Beethoven’s Fidelio, Tom in Gershwin’s Blue Monday Blues, the Bass Soloist in Stabat Mater by Rossini, the title role of Chaka, an opera in two chants by Akin Euba, and Tarquinio in Respighi’s Lucretia. He is currently completing a recording that includes works by African American composers of the 21st century. Washington recently launched the annual Lucy Washington Annual Vocal Competition in his hometown of Summerville, South Carolina.

A highly sought-after clinician, lecturer and mentor, Washington’s students often win prestigious and highly competitive vocal competitions and participate in fellowships and young artist programs such as Adler, Merola, Chicago Lyric Opera Ryan Center, Belvedere, Metropolitan Opera National Council Auditions, and America’s Got Talent. His students can be heard with the Detroit Symphony Orchestra, Michigan Opera Theater, Carnegie Hall, Metropolitan Opera, San Francisco Opera, Chicago Lyric Opera, and festivals across the world. They also excel as teachers and leaders in the performing arts and the academy. He provides clinical instruction, adjudicates, and teaches master classes across the globe including annual summer residencies in South Africa at the University of Cape Town and the Young Musicians Choral Orchestra in Berkeley, California. Washington currently serves as a board member, regional director, and collegiate director for the National Association of Negro Musicians (NANM) and as president of the Detroit Musicians Association, a branch of NANM. 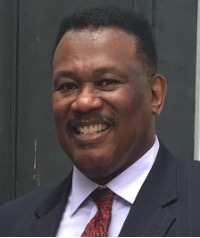