Chuck Ricotta serves as the percussion instructor and arranger for the University of Michigan Marching Band Drumline. He also serves on the music faculty for Concordia University in Ann Arbor and is the principal percussionist for the Flint Symphony Orchestra of Flint, Michigan.

Ricotta has been a guest performer with numerous Michigan orchestras including the Detroit Symphony Orchestra, the Michigan Opera Theatre, the Ann Arbor Symphony, and the Saginaw Bay Symphony. He has also appeared with the New World Symphony of Miami Beach as well as the National Repertory Orchestra of Breckenridge, Colorado. Ricotta participated in the performance and recording of William Bolcom’s Songs of Innocence and Experience under the baton of Leonard Slatkin at Hill Auditorium in Ann Arbor. The CD, available on the Naxos label, was the recipient of four Grammy Awards including Best Classical Recording. Chuck has appeared as a percussion soloist with the Flint Symphony Orchestra, the University of Michigan Percussion Ensemble, the Pennsylvania State University Percussion Ensemble, and most recently at Carnegie Hall with the Concordia University of Ann Arbor Wind Ensemble.

With the University of Michigan Drumline, Ricotta has presented performances at Bands of America Grand National Championships, Michigan Competing Bands Association State Championships, the Percussive Arts Society International Convention, and the University of Michigan Mott Children’s Hospital ‘Block Out Cancer’ public service announcement for which it won an Emmy Award. He is a former member and staff member of the Phantom Regiment Drum and Bugle Corps from Rockford, Illinois. Ricotta has also served on the instructional and design staff of the Pennsylvania State University Indoor Drumline during their run as WGI Independent Open champions and Independent World finalists. He is active as a percussion ensemble director, clinician, and consultant for various local schools and organizations in the southeast Michigan area.

Ricotta holds degrees from Pennsylvania State University and the University of Michigan. He is an educational artist for Yamaha Percussion, Zildjian Cymbals, Remo Drumheads, and Innovative Percussion. Ricotta resides in Ann Arbor where he also maintains a private teaching studio. 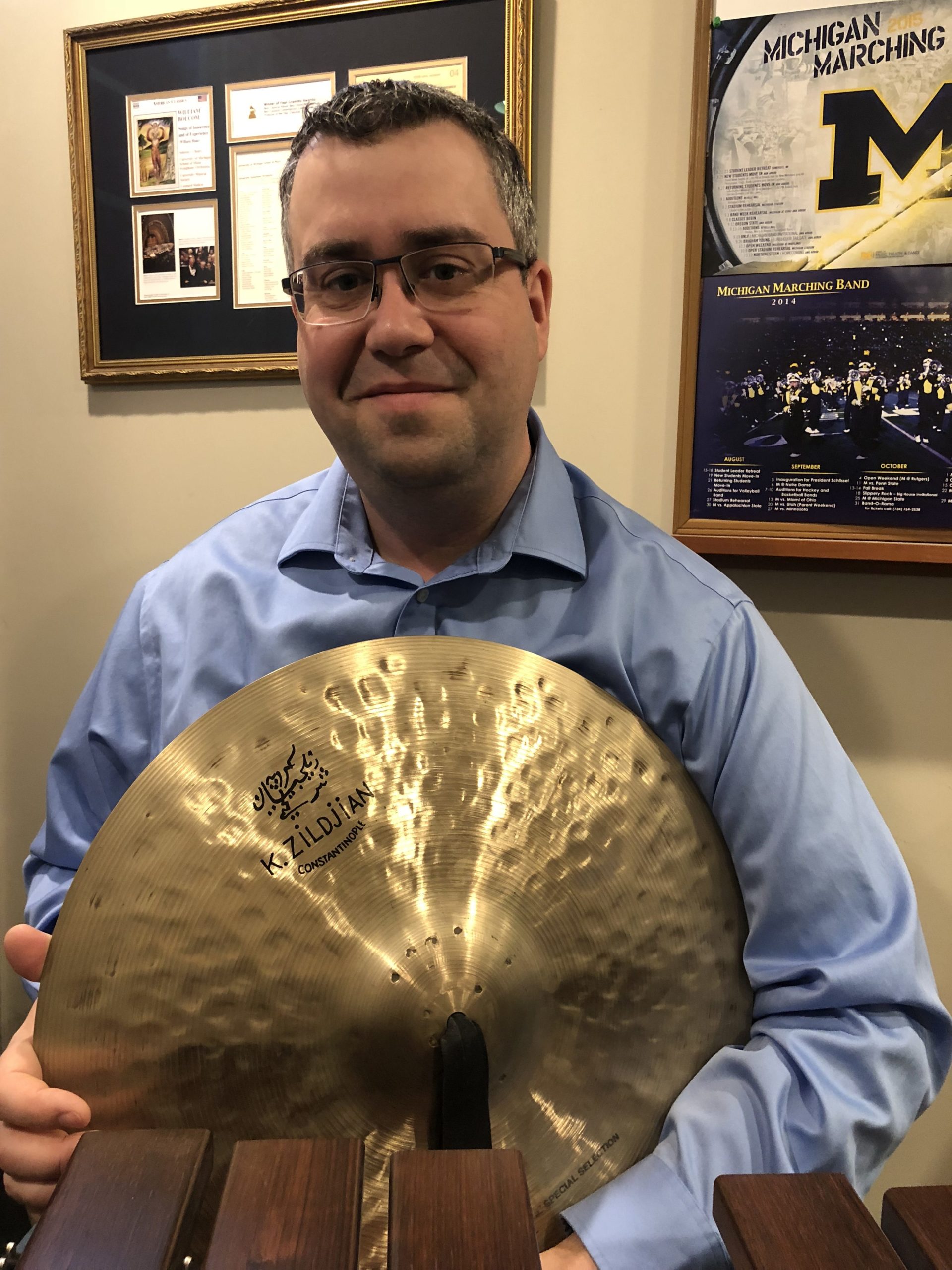