Pelton’s first success in New York City was in the unlikely role of Susan B. Anthony in Mother of Us All; she was subsequently invited to perform the final scene from the opera at the televised Kennedy Honors program for the President and honoree Virgil Thomson.  Her European operatic debut was more conventionally suited to Pelton’s dramatic coloratura: Sir Peter Peers cast her as Fiordiligi in Così fan tutte at the Aldeburgh Festival. The outstanding reviews led immediately to her engagement by Scottish Opera as Constanze in Die Entführung aus dem Serail. Other leading Mozart roles include Königin der Nacht, Donna Anna and the title role of Lucia Silla. Pelton has taught on the faculties of the University of Washington, The Eastman School of Music, Brevard Music Center, and the Aspen Music Center and School. 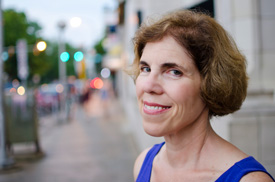