BRAD PHILLIPS is quickly becoming known as one of the country’s most forward-thinking string teachers. A strong belief in a multi-faceted approach to string education represents the core of his philosophy, with a focus on empowerment by way of exploration and creativity, through the lenses of a variety of musical genres. An alumnus of SMTD in Jazz (BFA ’07 & MM ’15), Brad studied classical violin alongside his improvisational studies in Jazz and traditional Roots Music. Identifying primarily as a multi-genre violinist or “fiddler,” he is also highly regarded as a mandolinist, guitarist, vocalist and storyteller. During his undergraduate years at SMTD, he was a member of the award-winning Celtic-fusion acoustic super-group, Millish, with whom he toured the U.S. and Europe. In addition to his work as an instrumentalist, Brad is also a session music, record producer, composer, musical director, and arranger. Over the years, Brad has collaborated with countless independant Michigan artists, and others on the national and international stages, such as Emmy Award-winning actor/musician/playwright Jeff Daniels, Grammy-winner Mark O’Connor, as well as Iggy Pop & The Stooges, Stevie Wonder, Pat Metheny, and Aretha Franklin. Most recently, he toured extensively with 90’s alternative rock band, The Verve Pipe, exploring various dimensions and possibilities of a violin in the context of a rock band and is featured on their 2017 release, “Villains-Live & Acoustic.”

Brad has served as a Resident Artist at the Purple Rose Theatre in Chelsea, MI since 2014, where he works as a musician, sound designer, and actor. In 2019, he won a Wilde Award for Best Musical Director for his involvement with the Purple Rose production of Willow Run by Jeffery Duncan. Also in 2019, he released two recording projects: “Ridella’s Cave: The Liberty Street Sessions” — an album featuring entirely improvised solo performances on multiple string instruments, and “Breaking Free” — a project that highlights Brad’s skills as a vocalist, multi-instrumentalist and strings composer/arranger within the framework of a contemporary strings ensemble. In addition to his work in the Jazz Department at SMTD, Brad also teaches composition and multi-media production at Concordia University in Ann Arbor, and is represented by the Great Lakes Performing Artist Associates. 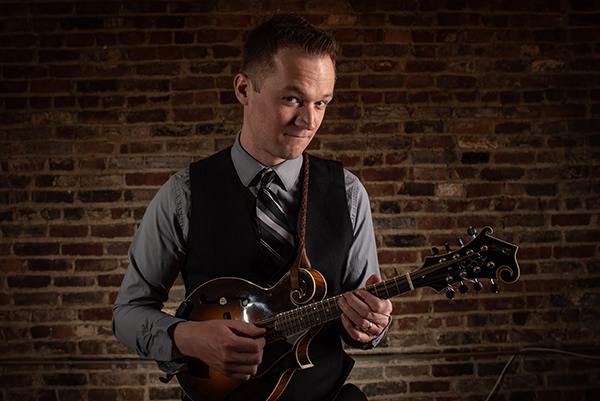