Antonio Disla, is an Afro-Caribbean Dominican-American theatre practitioner, born and raised in New York City. He holds an M.F.A. in Performance from The Ohio State University. Since 2012, Antonio has taught at State University of New York (SUNY) at New Paltz, in both the Department of Theatre Arts and the Department of Communication. As a Solo Artist, he has written and devised both site-specific and staged works dealing with identity and race. Of his works, the notables to date are Nobody, a solo-piece about race, and Travel, which deals with identity and destiny. As a performing company member of The Shakespeare Forum, he has lead workshops in the New York City Public Schools and co-taught Shakespeare for their Youth Forum program.  Antonio has proudly worked with The Black Lady Theater, an African American community theatre company based in Brooklyn, in such productions as From the Brought of Brooklyn and Bone Soup. 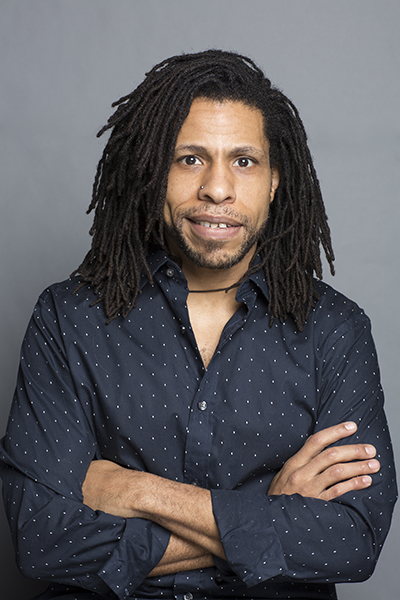