Andrew Jenning‘s principal teachers were Ivan Galamian, Alexander Schneider, Pamela Gearhart, and Raphael Druian. He was a founding member of the Concord String Quartet, an ensemble that quickly gained international recognition by winning the Naumburg Chamber Music Award in 1972 and which performed more than 1,200 concerts throughout the United States, Canada, and Europe. Specializing in the performance of new works (with an emphasis on American composers), this quartet gave more than 50 premieres and commissions; it also performed the standard repertory and 32 cycles of the complete Beethoven quartets and made numerous recordings, three of which were nominated for GRAMMY Awards. Jennings maintained his association with this quartet until it disbanded in 1987. The Concord Trio, which  Jennings subsequently formed with Norman Fischer and Jeanne Kierman, debuted in 1993.

Jennings’s teaching career began at Dartmouth College where members of the Concord Quartet were engaged as artists-in-residence from 1974 to 1987. For 25 years he served on the faculty of Oberlin College and is currently chair of the String Department at Michigan. He devotes his summers to chamber music instruction at the Tanglewood Music Center in Massachusetts, where he holds the Beatrice Proctor Master Teacher Chair. His recordings can be found on RCA, Nonesuch, Vox, Turnabout, Equilibrium, Danacord, and MMO. A recording of Jennings performing George Rochberg’s Caprice Variations for Solo Violin is currently available on YouTube. 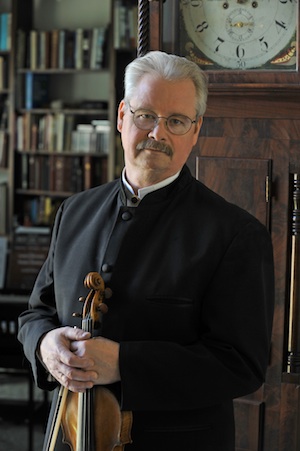