Chair of Jazz and Contemporary Improvisation and Associate Professor of Music

Andrew Bishop is a versatile saxophonist, clarinetist, flautist, composer, improviser, educator, and scholar comfortable in many musical idioms. Dave Lynch of All Media Guide wrote, “A composer of contemporary orchestral and chamber music, Bishop combines a jazzman’s fire and flow with a rigorous compositional sensibility, resulting in a potent and highly satisfying blend.” He maintains an active national and international career and serves as an associate professor and chair of University of Michigan Department of Jazz and Contemporary Improvisation in Ann Arbor where he teaches applied jazz saxophone, composition, and improvisation. He is a Conn-Selmer and Vandoren artist.

As a composer and arranger, Bishop has received over 25 commissions from professional organizations, universities, and numerous residencies. He has also received recognition and awards from the American Society of Composers, Authors and Publishers (ASCAP); The Chicago Symphony Orchestra; the Andrew W. Mellon Foundation; and a nomination from the American Academy of Arts and Letters. His orchestral composition “Crooning” was recorded by the Albany Symphony Orchestra on Two American Piano Concertos (Albany Records) featuring pianists Ursula Oppens and Ian Hobson. He has also completed composition and arranging projects for Ellery Eskelin, Steve Houghton, Robert Hurst, Dave Liebman, and Matt Wilson. 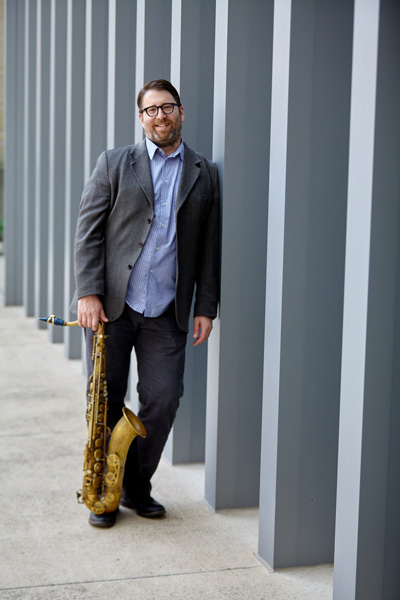