Flutist Amy Porter has been praised by critics for her exceptional musical talent and passion for scholarship. In a versatile and distinguished career as a concert performer, she has become one of the most skillful and creative muses for composers of our time. Porter has been hailed for her “strength, beauty, a captivating and seductive force, sensitivity, perfection, and a sense of humor.”

Her performances of American flute concerti have won critical acclaim. When she performed her commissioned concerto Trail of Tears by Michael Daugherty with the Indianapolis Chamber Orchestra in January 2020, one reviewer wrote, “Porter’s appearance with a modern piece in which such embedding of the guest artist with the vehicle shone so brightly seems to me a high point in the ICO’s recent history.” She recorded and performed the work with the Albany (NY) Symphony in May 2015, prompting the Albany Times Union to write: “The focus remained on Porter’s beautiful tone color and Daugherty’s imaginative deployment of the orchestra.” American Record Guide has lauded her playing for having “an innocent American lyricism…” and a reviewer for annarbor.com noted that “Amy Porter deeply imbues her performance with a sense of narrative and of speech and, yes, drama.”

This captivating performer was described by Carl Cunningham in the Houston Post as having “succeeded in avoiding all the overdone playing styles of the most famous flutists today.” In American Record Guide, flutist Christopher Chaffee wrote, “If you have not heard her playing, you should.” Porter “played with graceful poise,” noted Allan Kozinn in The New York Times. Geraldine Freedman, writing in the Albany Gazette, commented, “Amy Porter showed that she’s not only very versatile but that she can do everything well. She chose a program that tested every aspect of her playing from a Baroque sensibility to using the instrument as a vehicle of sound effects, and she met each challenge with passion, skill, and much musicality.”

In 2006 Porter became the first performing artist to be awarded the University of Michigan’s Henry Russel Award for distinguished scholarship and conspicuous ability as a teacher. Her popular study guide on the German composer Sigfrid Karg-Elert elicited the following comment from the Spanish Flute Society: “Strength, beauty, a captivating and seductive force, sensitivity, perfection and a sense of humor characterize the impressive American flautist Amy Porter.”

She has won praise both as a recording artist and as a chamber musician. Corinna da Fonseca-Wollheim, in her New York Times review of the CD In Translation: Selections from J.S. Bach’s Cello Suites on the Equilibrium label, applauded Porter for her “gleaming, lyrical reading” of those works. As a member of Trio Virado with violist Juan-Miguel Hernandez and guitarist João Luiz, she recorded Mangabeira, a CD featuring works by Piazzolla, Brouwer, Hand, Assad, and Luiz, about which Ken Keaton wrote in American Record Guide: “First let me say that these are fine musicians, and they present a set of performances that are unfailingly strong, expressive, and imaginative.”

Formerly a member of the Atlanta Symphony Orchestra, Porter is the principal flute of North Carolina’s Brevard Music Center, where she performs as a soloist, chamber musician, and orchestral player. She has been a professor of flute at the University of Michigan School of Music, Theatre & Dance since 1999. She is the host of the podcast PorterFlute Pod.

In 2021 Porter as a performer in Trio Virado welcomed violist Jaime Amador to the group with guitarist João Luiz at the Clarion Concerts Series in Hudson, NY. For the 10th anniversary of the premiere of the flute concerto “Shadow of Sirius” by Joel Puckett written for her, Porter performs the work in Hill Auditorium with the University of Michigan Symphony Band, Michael Haithcock conducting.

Amy Porter’s Anatomy of Sound Workshop celebrates its 20th Anniversary in 2022, unveiling a new lifestyle brand and incorporating 3-D polymer anatomical toolboxes as part of a new design for teaching and learning. Working with the Venture Center at The University of Michigan, Porter Productions LLC is creating innovations for mentoring through media and invention.

Born in Wilmington, DE, Porter graduated from The Juilliard School and pursued further studies at the Mozarteum Academy in Salzburg. She plays a 14K white gold flute with rose gold engraved keys made for her by the Wm. S. Haynes Co. 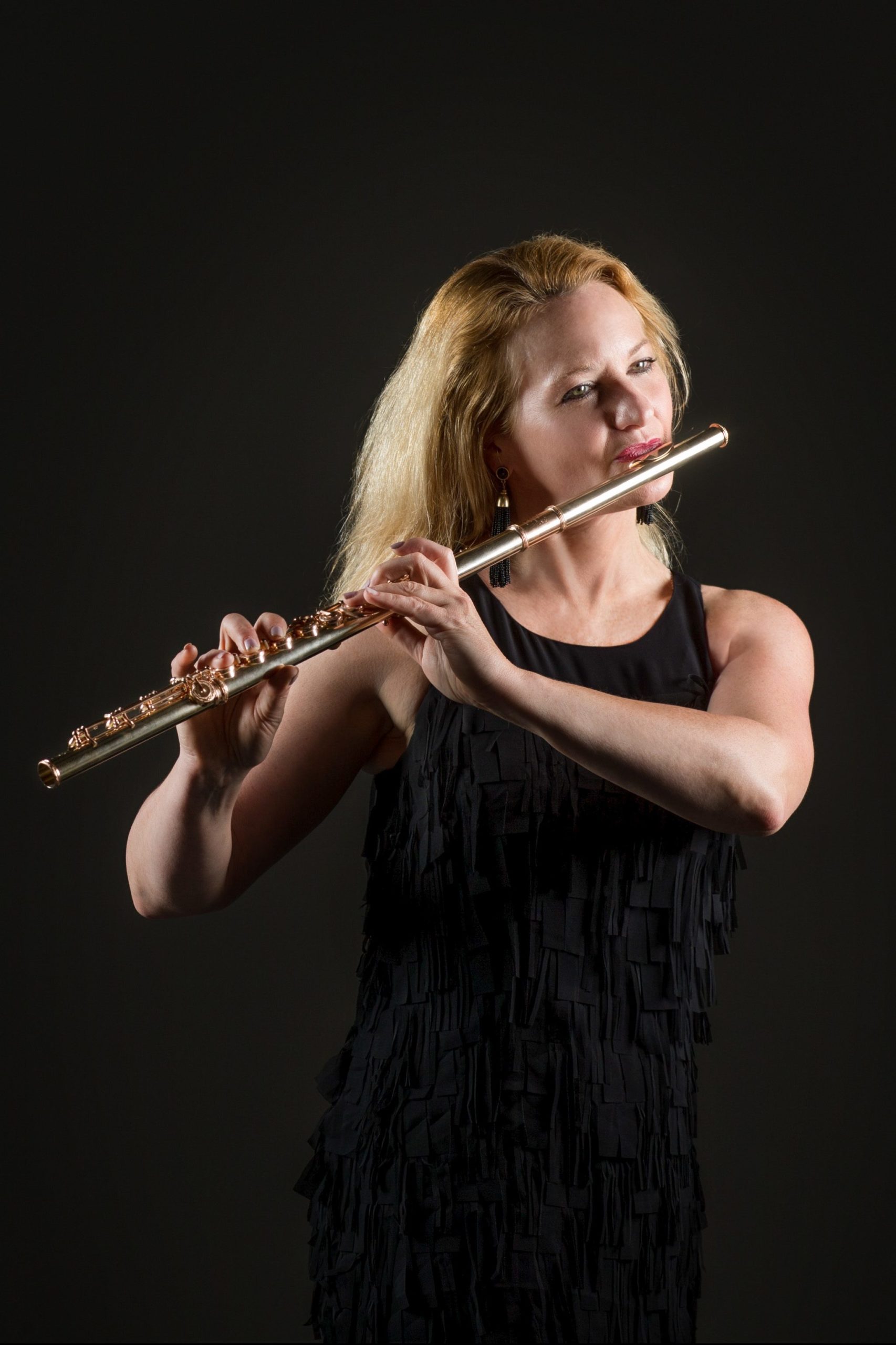