Alvin Hill is a technology based artist whose work combines sound, projection, light, and modular synthesis. Known in the Detroit area as ‘munk, he has worked as a club DJ for several decades playing many styles of music, but especially loves rare groove and new forms of jazz. He honed his music business and production skills working with Detroit Techno luminaries, including Carl Craig, Kevin Saunderson and as a founder of Record Time Distribution. He has taught classes in electronic music composition, the history of Detroit Techno, DJ arts, and multimedia performance at both the University of Michigan and Jiao Tong University, Shanghai, China.

Alvin studied classical violin and piano from the age of four, then shifted his focus towards technology while completing his BA at Dartmouth College, where he studied electro-acoustic composition with Jon Appleton. He earned his Masters in Media Arts from the University of Michigan. He has composed scores and media for, and performed live with dance companies throughout the US, including Amy Cova Dance, Arachne Aerial Arts, Brown Dance Project, Chavasse Dance and Performance, Koichi Tamano & Harupin-Ha, and The Playground. He has performed at the Alvin Ailey Theater (NY), the Cranbrook Science Center (MI), the Detroit Institute of Arts, and the Kennedy Center for Performing Arts (D.C.), the Ann Arbor Film Festival, and also had an installation at the Smithsonian (D.C.) as part of their Nam June Paik exhibit.

His current projects include the Alvin Hill Media Ensemble where he performs sound, light and projections in real time along with acoustic jazz musicians. More recently he has found a love for eurorack synthesis. Alvin is also committed to youth development and community engagement, including previous work with Youthville Detroit, the Neutral Zone in Ann Arbor, Community Action Network and Detroit Summer. 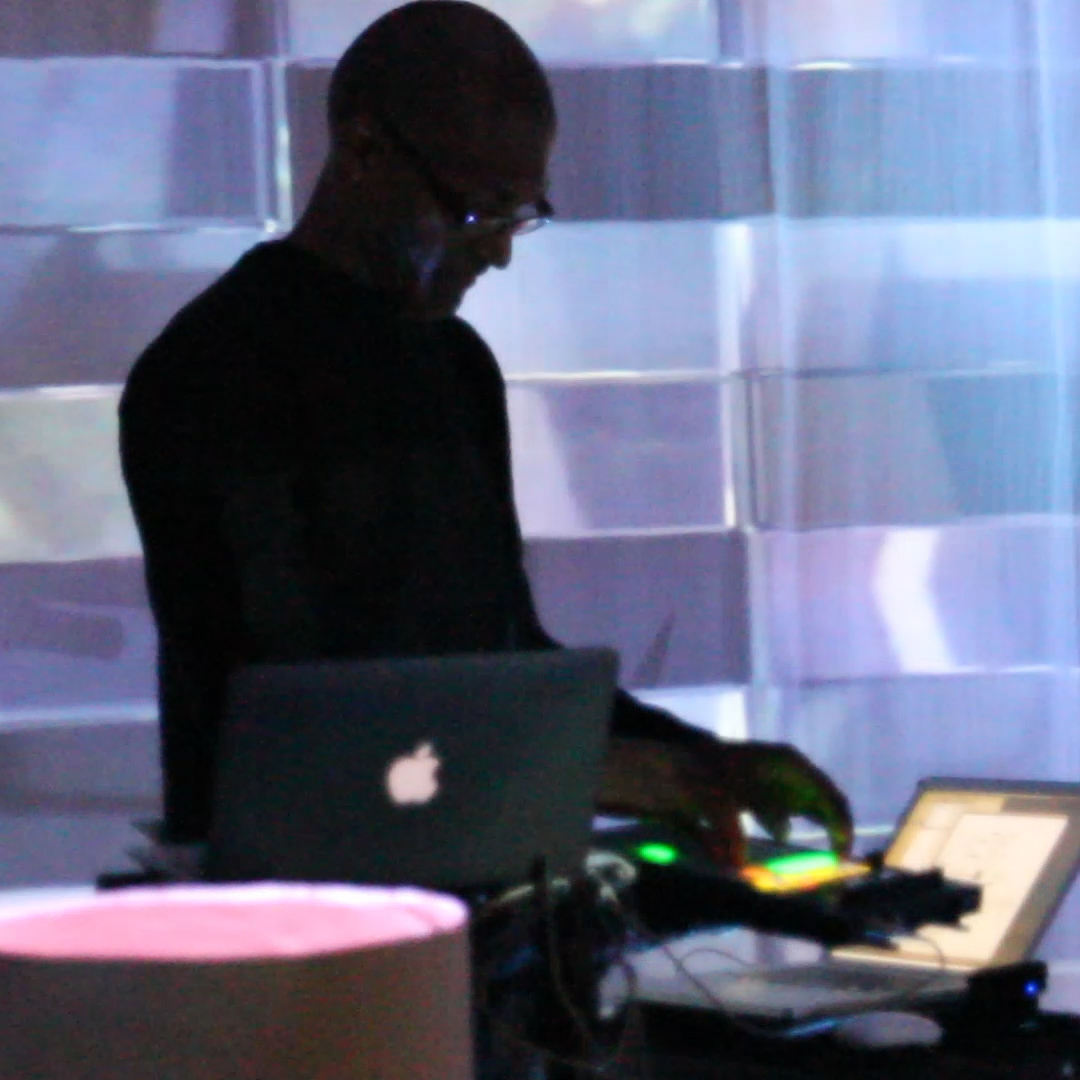