The Greens of Summers: The Gershwins and The Invention of Kodachrome 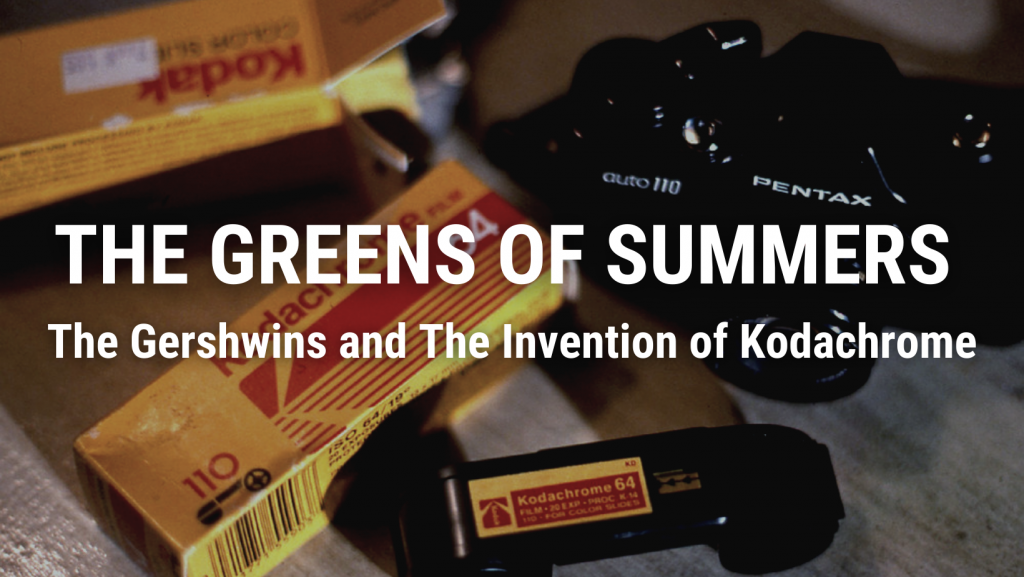 In this post, discover the origins of one of the first successful color photography processing methods—and its surprising connection to the Gershwin family!

While most of the Gershwin family’s accomplishments are related to music, a member of this prolific family is also credited with one of the most significant photographic developments of the 20th century. Leopold Godowsky Jr.—George’s brother-in-law and the husband of the youngest Gershwin sibling Frances (Frankie) Gershwin Godowsky—invented Kodachrome, one of the most famous light-sensitive products in the world, with lifelong friend Leopold Mannes.

Godowsky (1900–1983) and Mannes (1899–1964) became friends while attending the Riverdale School in the Bronx. They shared similar origin stories, as both were native New Yorkers raised in musically-inclined Jewish families. Godowsky’s father, also named Leopold, was a well-known pianist and composer, and both of Mannes’s parents were musicians and educators who founded the Mannes School of Music in New York. While the two young Leopolds shared a love of music, they also had a passion for science: Godowsky studied violin, physics, and chemistry at UCLA, while Mannes studied piano at Harvard, and physics and composition in Italy.

The story of Kodachrome began in 1918 when Godowsky and Mannes saw Our Navy, a short documentary about daily life in the Navy. Although it was praised as a “two-color” film, the two teenagers found that the image quality was a far cry from the “natural” colors advertised. Godowsky and Mannes thought that they could do a much better job and immediately began to experiment with color filters, trying to achieve a more natural look. They continued working on this research into their university years, even patenting a color film process using different filters, one for each of the primary colors.

While in Europe in 1922, Mannes met a senior partner of Kuhn, Loeb and Co., an American investment bank, who gave the two Leopolds funding for their research on the color process for films. With this support, the pair built their own laboratory, specifically researching the three-color process for film, focusing on the minus colors (cyan, yellow, and magenta) that would absorb the corresponding primary colors from light. Around the same time, Godowsky had often been visiting the Palais Royal to listen to the Paul Whiteman Orchestra. It was here that he struck up a friendship with George Gershwin, who was also studying composition with Godowsky’s teacher, Rubin Goldmark. In just a few years down the road, Godowsky would soon find himself calling George “brother.” 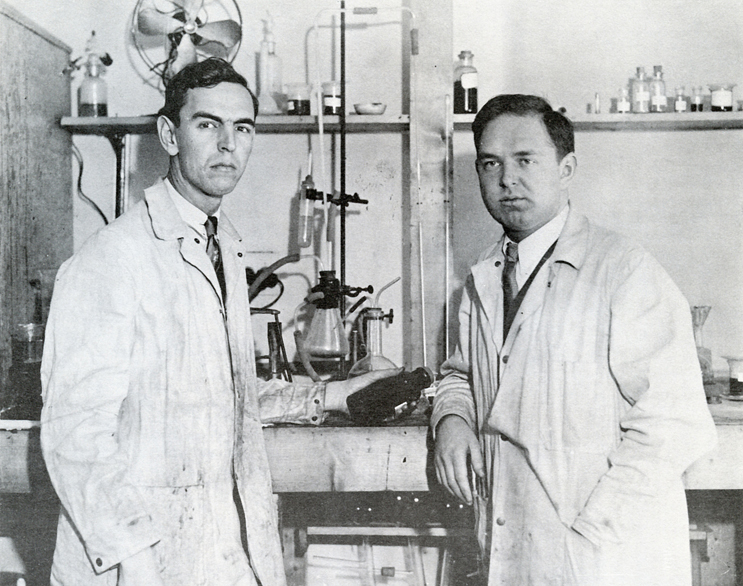 The two Leopolds at work in the lab (left: Mannes, right: Godowsky)

In 1930, the Eastman Kodak Company offered Godowsky and Mannes an opportunity to continue their research at the company’s headquarters in Rochester. At this point, Kodak only had a two-color process and wanted to move towards a three-color process that would create more vivid images. Godowsky and Mannes’s research regarding multilayer films could be the key to realizing the future of color photography. After receiving this offer, Godowsky married Frankie Gershwin, the youngest sibling of George and Ira, and the couple moved upstate together to pursue this opportunity together. It was at this point that the two Leopolds’ experimentation finally began to emerge as a successful commercial product.

The final product of Godowsky and Mannes’s research was Kodachrome. Also known as the “integral tripack,” Kodachrome is a film composed of three layers, each sensitive to a different range of light. Between each of these layers was a layer of clear gelatin to prevent any mixing between dyes. The gelatin isolated a layer’s chemical reactions and, by preventing bleeding between layers, restricted the corresponding color of light to its appropriate layer. As the photograph is actually taken (the film is exposed in the camera), there are three separate images produced for each complementary primary color.

After these three separate images were produced, they would then undergo a complex process composed of different bleachings, removals, and exposures to light; in total, 28 different steps. The process was complicated enough that the film had to be returned to the manufacturer to be processed, so the price included development upfront.

Released to the public in 1935 after more than fifteen years of development, Kodachrome was the first modern multilayer color transparency film. The new technology made color photography more available to beginners due to the convenience of the included development process. It was incredibly popular and became a cultural touchstone. Paul Simon’s song “Kodachrome,” written in 1973, hints at the nostalgia invoked by the iconic color film:

(Coincidentally, Simon was the first recipient of the Library of Congress’s Gershwin Prize for Popular Song in 2007. The prize, given annually, acknowledges “a composer or performer whose lifetime contributions exemplify the standard of excellence associated with the Gershwins.” In a press release announcing Simon’s award, the Library of Congress praised “the depth, range and sheer beauty of his music, as well as its ability to bridge peoples and cultures.”)

Kodachrome is one of the longest-lived light-sensitive products and was retired in 2009 after 75 years. Just as we’ve sung George Gershwin’s tunes with lyrics by brother Ira for decades, we’ve relied on the technology developed by a Gershwin brother-in-law to capture memories of summer vacations and holidays. Godowsky and Mannes’s Kodachrome film is as much a part of American culture as “’S Wonderful” or “The Man I Love.”

Mannes, L.D. and L. Godowsky. “The Kodachrome Process for Amateur Cinematography in Natural Colors.” Journal of the Society of Motion Picture Engineers 25, no. 1 (July 1935): 65–68.

Nelson, Clifford A. Natural Color Film; What it is and How to Use it: a work devoted to the technique and handling of “Kodachrome” in motion picture and still photography. New York: The Galleon press, 1937.

Rogers, David. The Chemistry of Photography: From Classical to Digital Technologies. Cambridge: The Royal Society of Chemistry, 2006.

Leave a Reply to Elaine Godowsky